The efficiencies of Gehry’s computer-powered building methods, say Mitchell and other CADvocates, mean that his design idiosyncrasies add only 10 percent to the total cost. In exchange, you get a vastly more interesting building, not to mention a lot more corner offices (plus a 700-car, two-level underground garage). MIT officials swear by $283.5 million as Stata’s final cost, roughly $650 per square foot. Meanwhile, the University of Washington’s new Paul G. Allen Center for Computer Science and Engineering has about a fifth of Stata’s academic space; UW officials crow about bringing it in for a mere $72 million – 30 percent more per square foot than Stata. Maybe Boston is a cheaper place to build. Or maybe geek suspicions of art run rampant are wrong.

You might even get what you pay for. Bill Gates’ tower in Cambridge is undeniably more provocative than his old friend Paul’s box in Seattle. “We think MIT buildings should be as intellectually interesting as the work that goes on inside them,” says Mitchell. Not exactly surprising coming from an architect, but he goes on: “To be successful today, a lab needs a strong brand, especially in dealing with the corporate world.” That’s an idea practically invented at the MIT Media Lab (where, as it happens, Mitchell recently became boss). So chalk another one up for discipline mixing: For a great 21st-century research institution, architecture turns out to be marketing. 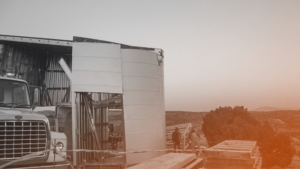 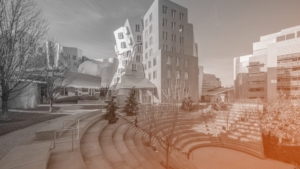