The Civic Value of a Bold Statement

“Enveloped in a glittering perforated metal screen, like armor.”

From afar, the New Cooper Union Academic Building appears to have tall windows scattered all over its surface. Drawing nearer, these little windows are actually sheets of stainless steel, and it is the rest of the building which is the window. This illusion is subtle and gorgeous. Zahner was brought in by the architects at Morphosis after working on projects for the team in other parts of the country.

In June of 2009, the New York Times published a piece on Thom Mayne of Morphosis and his design for 41 Cooper Square, the New Academic Building for Cooper Union. Excerpted below, the review by NYTimes architecture critic Nicolai Ouroussoff describes the facade system in glowing terms.

We’ll have to wait to find out exactly what the end of the Age of Excess means for architecture in New York. Yes, the glut of high-concept luxury towers was wearisome. But some great civic works were also commissioned in that era. And given the hard economic times, they may be the last we see for quite some time.

The new academic building at the Cooper Union for the Advancement of Science and Art is yet more proof that some great art was produced in those self-indulgent times. Designed by Thom Mayne of the Los Angeles firm Morphosis, it is not a perfect building, but it is the kind of serious work that we don’t see enough of in New York: a bold architectural statement of genuine civic value. Its lively public spaces reaffirm that enlightenment comes from the free exchange of ideas, not just inward contemplation.

Perhaps more important, the building seems to strike just the right tone for this time in New York’s history. A wholly contemporary work, it has a bold, aggressive profile that says as much about the city we’ve lost as it does about the future we are building. It proves that a brash, rebellious attitude can be a legitimate form of civic pride.

Enveloped in a glittering perforated metal screen, like armor.

Mr. Mayne’s building does not shy away from this debate by trying to fade into the background. Seen from the old Cooper Union Foundation building across the street, its big concave facade is enveloped in a glittering perforated metal screen, like armor, so that it’s hard at first to get a grip on the building’s scale. A big vertical slot is cut out of the facade’s center, as if it had been ripped open

… Mr. Mayne has created a serious work of architecture. And when we look back on this era, the new academic building will stand out with a handful of other designs — the New Museum, perhaps, and the renovation of Alice Tully Hall — as projects that we, as a city, can feel proud of. They leave you with the comforting thought that even in egotistical times, a spirit of generosity can assert itself.

Article by Nicolai Ouroussoff. To read the article in its original context, visit nytimes.com 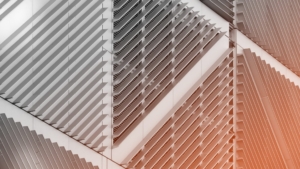 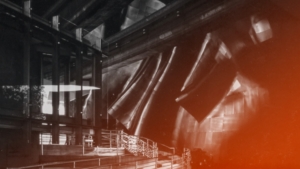