On July 12, 2013, Mr. Birchler delivers his presentation entitled “Moiré in Motion” at the Facades + Performance  conference in San Francisco, California.

Anthony Birchler leads the design-engineering team at Zahner.  Since 1998, he has been responsible for designing many of the Zahner patented systems which are now used to complete bold architecture all over the world.  For many architects, Mr. Birchler is the face of Zahner. He works directly with owners, engineers, architects, and general contractors, providing intelligent problem-solving for the production of complex facades.

Moiré in Motion tells the story of the genesis of Tessellate, an adaptive facade  system designed and built by Hoberman & Zahner in partnership with the Adaptive Building Initiative. Initially conceived as an energy-efficient facade, the kinetic Tessellate surface has since grown into a robust expression of aesthetics: a hypnotic work of design, engineering, and art.

Surfaces such as Tessellate are often created with functional intent that manifest as artistic expressions.  When Zahner first began producing perforated and bumped metal surfaces, architects used them for their functional properties — the holes and bumps made the material stronger and lighter, providing acoustical benefits and protection from weather, while also allowing natural airflow and light. These metal surfaces were eventually used for more creative purposes, starting with the de Young Museum in San Francisco.

When the de Young was first unveiled, it was heralded as the first work of architecture to apply algorithmic production to the perforated surface. Richard Lacayo of Time Magazine says:

“Craftsmanship in large buildings is supposed to be dead, killed by Modernist ideology and cost considerations. What this building says is that maybe craftsmanship has a high-tech future after all.”

The highly artistic facade of the de Young (and others after it) resulted from an automation of processes, by engineers dedicated to improving functionality. A similar dedication by engineers at Zahner and Hoberman is increasing the availability of unique surfaces, such as Tessellate, for the architects who design with them, paving the way for artistic applications of the surface all over the world.

Parking Garage Facades and Embeds Made Easier and Less RiskyParking garages and the metal facades that adorn them are often the last parts of a project to be designed, bid, and built, which can lead to rushed planning, misplaced embed anchors, and costly post-installation adjustments and delays. There’s a way to prevent these problems by eliminating the risk of misaligned embed anchors. Innovative, universal embed methods that line up every time, combined with collaborative design, engineering, and installation services are giving architects the design aesthetic they crave, and contractors the risk management they require.The Endless Curiosity and Prolific Works of Jan HendrixA Unique Blend of Botany, Art, and ArchitectureThinking ‘Inside the Box’Innovation never sleeps at Zahner. 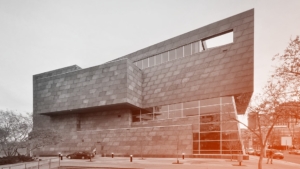 Misconceptions about Zinc Facades next 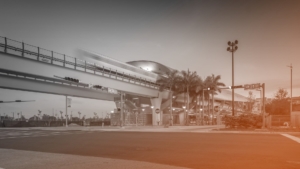