Patio de las Jacarandas is the latest design from Jan Hendrix to be fabricated by Zahner. This month it is featured in Arquine Magazine, Mexico’s biggest architectural publication.

The recently completed project for artist Jan Hendrix in Aguascalientes is being celebrated in Arquine Magazine which is Mexico’s largest periodical devoted to architecture. The artwork by Hendrix integrates seamlessly into a master architectural plan by Arturo Revilla and architect José Luis Jiménez García, which can be seen in more depth on the Arquine Website.

Translated and excerpted below, the article describes the genesis of the Patio de las Jacarandas at the Aguascalientes city square.

The Patio de las Jacarandas is, designed by Arturo Revilla with Jose Luis Garcia Jimenez and featuring the art of Jan Hendrix, commemorates the 100th anniversary of the Sovereign Convention of Aguascalientes. Located in the old “El portal de Jesús”, which was demolished in the mid-nineteenth century, the current project picks up the spatial concept of the portal as transition element to a contained space. The height of the new space corresponds to the height of the old space, which also coincides with the first ledge of the Morelos Theatre.

According to old photographs, the Morelos Theatre at one time had several openings that provided natural lighting to the corridors and dressing rooms, and later bricked buildings. The project recovers this history with new formal elements including the Jacarandas tree, one of the city’s most emblematic trees, which surround the city square at Aguascalientes.

Zahner engineers and fabricators have a long relationship with artist Jan Hendrix, now totaling over a dozen projects with the artist, and several more in process, in Mexico City, New York City, and Doha, Qatar. 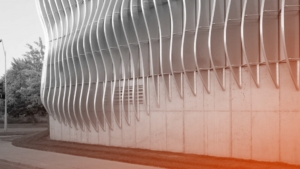 Zahner to Kick off Entrepreneur Series at UMKC Bloch School next 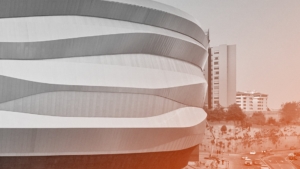 Anthony Birchler speaks at Facades Plus in Miami Scroll to top