Last year Bard College celebrated the 10 Year Anniversary of its performing arts building, the Richard B. Fisher Center for the Performing Arts. The building is designed by the architects at Frank Gehry Partners, and its construction was made possible by the ZEPPS® Technology developed over the past thirty years by Zahner engineers and fabricators.

The college released a video for the anniversary, and was photographed by Zahner during the opening of the Summerscape concert series.

The ambient, reflective surface is a custom offering by Zahner. Angel Hair® Stainless Steel is a unique surface designed by Zahner to create a desirable reflective glow.

Ten years later, the building still looks new. See more of the recent photographs and learn about how Fisher Center was built on the project’s case study page for Zahner. 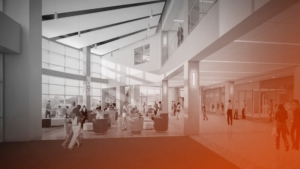 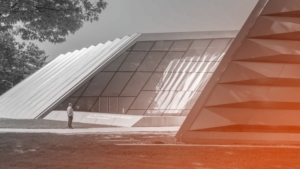