2014 has been a big year for a big client of ours, and today marks an even bigger day. Help us celebrate an architectural great, Rem Koolhaas as he turns 70 and enters into his prime.

Earlier this year, Rem Koolhaas made a big statement with his curatorial lead at the Venice Biennale entitled Fundamentals, which ambitiously and successfully spanned the entire history of architecture. Currently on view through November, Fundamentals is a powerful look at the basic glue that holds seemingly disparate architecture together.

“Sometimes running with the current is underestimated. The acceptance of certain realities doesn’t preclude idealism. It can lead to certain breakthroughs.”

Zahner played a role in the Facades portion of the Venice Biennale, curated by Alejandro Zaera-Polo and put on by Princeton University. A massive red-violet interference-stainless steel mockup of the KieranTimberlake-designed Suzanne Roberts Theater canopy was on display amongst other unique facade technologies world-class manufacturers.

Zahner’s relationship with Rem begins with OMA, the firm co-founded by Rem Koolhaas with Elia Zenghelis, Madelon Vriesendorp and Zoe Zenghelis. In 2001, Zahner manufacturered the massive pre-weathered steel Solanum Steel panels for the Guggenheim Hermitage Museum in Las Vegas. The material has natural look and feel, and worked perfectly to frame the classic works shown on its walls.

The walls were manufactured so that they could be turned, moved, and locked for its changing exhibitions, as seen above.

Zahner also worked with the designer on the Charles and D. Wyly Theatre, another project whose material pushes boundaries — a massive aluminum extrusion system creates the look of a veiled curtain for the building’s facade.

Pushing the boundaries of the outer boundaries isn’t for the weak. Rem Koolhaas has led not only his own firm, but also paved a path for the young firms now emerging into their own. Rem’s stewardship of OMA and AMO has advanced the state of architecture around globe and the profession and the built environment is much better for this intervention into the status quo.

Thank you, and happy birthday, Rem. 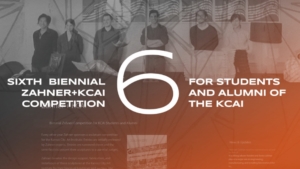 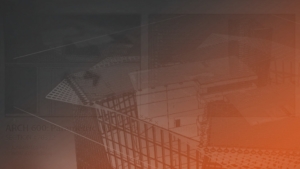