State of the Cooper Union

In an article for the NYTimes, Ada Louise Huxtable describes both the history as well as the desired futures for the Cooper Union New Academic Building in New York City:

Designed by Thom Mayne of Morphosis, a West Coast firm based in Santa Monica, Calif., in association with Gruzen Samton of New York, the bold new arrival has been widely praised by the architectural community and sharply criticized by those who see it as a contextual affront to the neighborhood. This is a disagreement that won’t go away any time soon. A little background may help.

Cooper Union was conceived and founded by the 19th-century inventor, entrepreneur, philanthropist and legendary New Yorker Peter Cooper, who specified that it “should be entirely devoted with all its rents and revenues of every name and nature to the advancement of science and art.” His generous gift of building and land has provided a superior, tuition-free education for generations of distinguished architects, artists and engineers.

Cooper Union New Academic Building at 41 Cooper Square is a Morphosis designed educational facility which includes a custom-curving and perforated stainless steel facade, made by Zahner.

Published photographs make the contoured and perforated stainless-steel screen that wraps the structure like a second skin look as if it has been hit by an asteroid. Approached in person, the building is more inviting than alarming. It has a visual and physical power that pulls you across the street to see more.

The screen stops well above the sidewalk, revealing V-shaped concrete supports and a glass-walled ground floor with views of a double-height sunken gallery inside. Operable windows in the perforated mesh and the slashes in the façade open public areas to panoramic city views. At night, lights turn the screen into an illuminated theatrical scrim.

Mr. Mayne has used similar screens as energy-saving devices before; this one promises a 50% reduction in heat load. A full range of such features, from the operable building skin and a planted “green” roof to radiant heating panels and a cogeneration plant, is expected to earn a platinum LEED (Leadership in Energy and Environmental Design) rating from the Green Buildings Council.

Metal is a Low Waste, Sustainable Building Material—Zahner Takes it a Step FurtherProtecting the environment and supporting sustainable design and architecture best practices are fundamental values at Zahner. We not only study and observe the principles of sustainability and environmental stewardship, but we also design with them, fabricate with them, and invest in them. City View Garage in Miami’s Design District Features 3 Iconic Facades by ZahnerLeong Leong FacadeParking Garage Facades and Embeds Made Easier and Less RiskyParking garages and the metal facades that adorn them are often the last parts of a project to be designed, bid, and built, which can lead to rushed planning, misplaced embed anchors, and costly post-installation adjustments and delays. There’s a way to prevent these problems by eliminating the risk of misaligned embed anchors. Innovative, universal embed methods that line up every time, combined with collaborative design, engineering, and installation services are giving architects the design aesthetic they crave, and contractors the risk management they require. 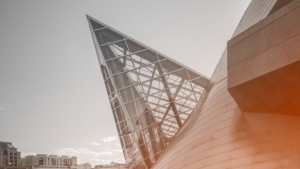 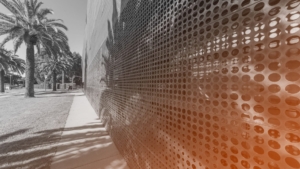