Zahner to donate services for the Skywalk Memorial

Zahner will donate their expertise to Skywalk Memorial, a memorial artwork by Rita Blitt which will honor the victims and rescuers of the 1981 Hyatt skywalks disaster. The project is set to break ground in July 2013. The group still needs to raise about $150,000, on top of what has already been donated, to begin construction.

More information about the memorial and fund is at www.skywalkmemorial.org website. Lynn Horsley of The Kansas City Star wrote a story on the new Skywalk Memorial. Read the full article, from December 2, 2012 at the Kansas City Star online.

Promoters of the Hyatt skywalks memorial have a modified design that will save money and move the project closer to construction. “The final push is where we are,” Brent Wright, president of the Skywalk Memorial Foundation board, told the Kansas City parks board last week. “It’s taken longer than we wanted to, but it’s going to happen.”

Still, Wright said he’s optimistic that the goal is in reach and that the memorial can be completed next year on a site in Hospital Hill Park at 22nd Street and Gillham Road.

To make that possible, landscape architects with Bowman Bowman Novick have created a new design that they said cuts costs without compromising the original character or intentions of the memorial. The design still calls for a stainless steel sculpture by artist Rita Blitt on top of a pedestal inscribed with the names of the 114 people who died when the hotel’s skywalks collapsed during a tea dance. It will be the centerpiece of a small circular plaza with seating, commemorative plaques and ornamental grasses.

The colored concrete pavement was intended to have embedded pinpoint lights that would sparkle at night, but that added to the cost. When the designers visited the site they also realized it already had lots of ambient light that made the pinpoint lights superfluous.

The foundation has received large contributions, including $75,000 in capital improvements sales tax money from Kansas City municipal government, plus $50,000 from the Hallmark Corporate Foundation and $25,000 from Hyatt. Other donors include the Tension Envelope Foundation, the Jewish Community Foundation of Greater Kansas City and the Kansas City Star books division. Royalties from sales of The Star’s 30th anniversary book about the skywalks collapse go to the memorial fund.

Artist Rita Blitt is donating her services, as is A. Zahner Co., a steel fabricator. Those in-kind contributions are valued at several hundred thousand dollars, Quatman said. Centric Projects of Kansas City is donating its services as construction manager. 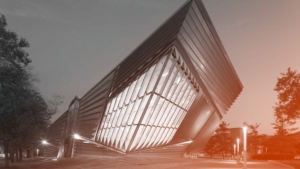 The Metal Manufacturer behind Zaha Hadid’s latest American Project next 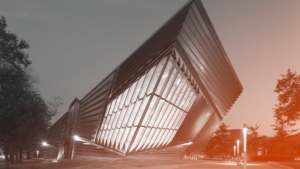