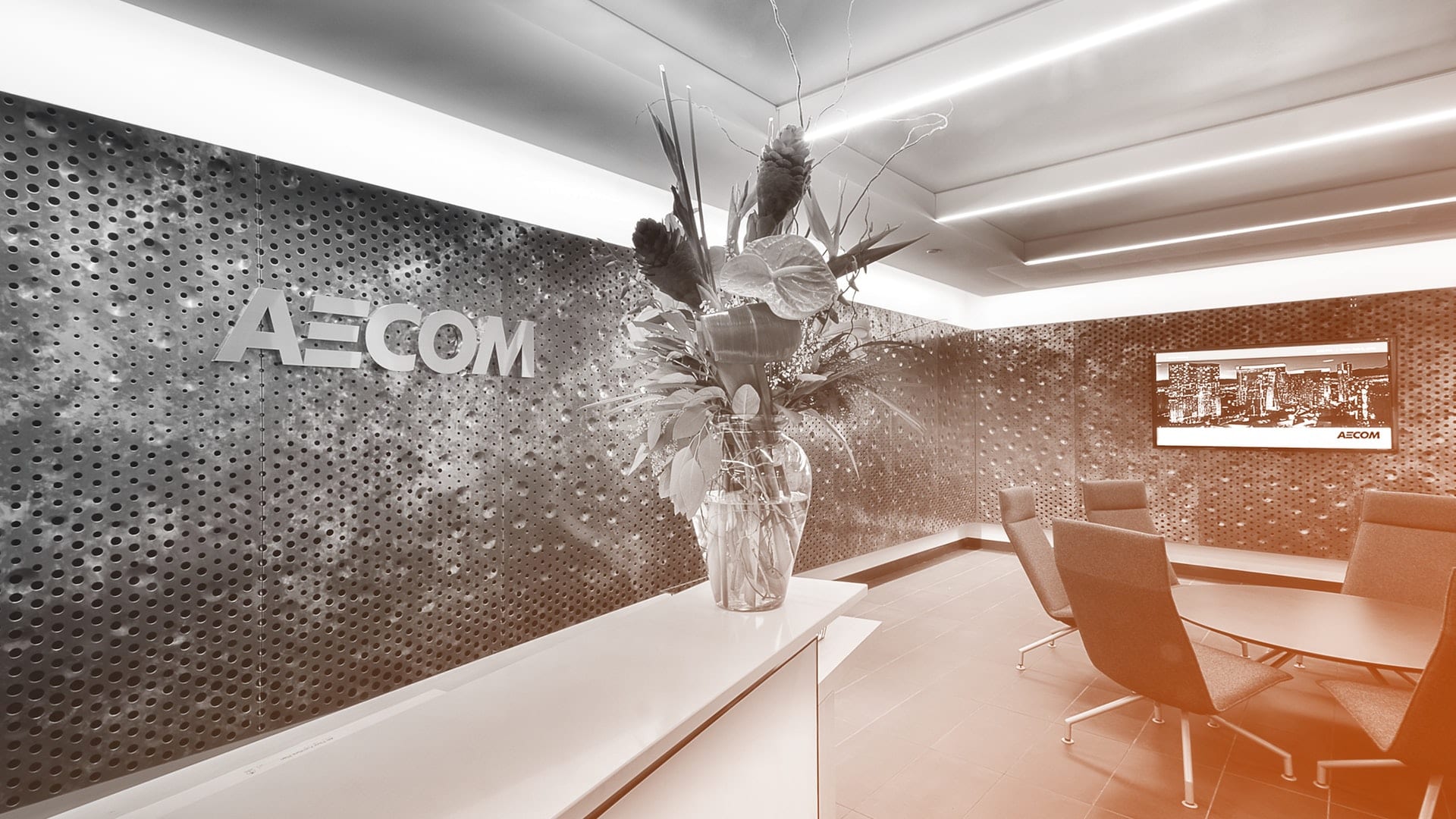 AECOM has developed 1 featured project with Zahner. Architects come to Zahner for the company’s commitment to developing the designer’s aesthetic to completion. Zahner worked with AECOM to develop their design into custom architectural systems, featured below. 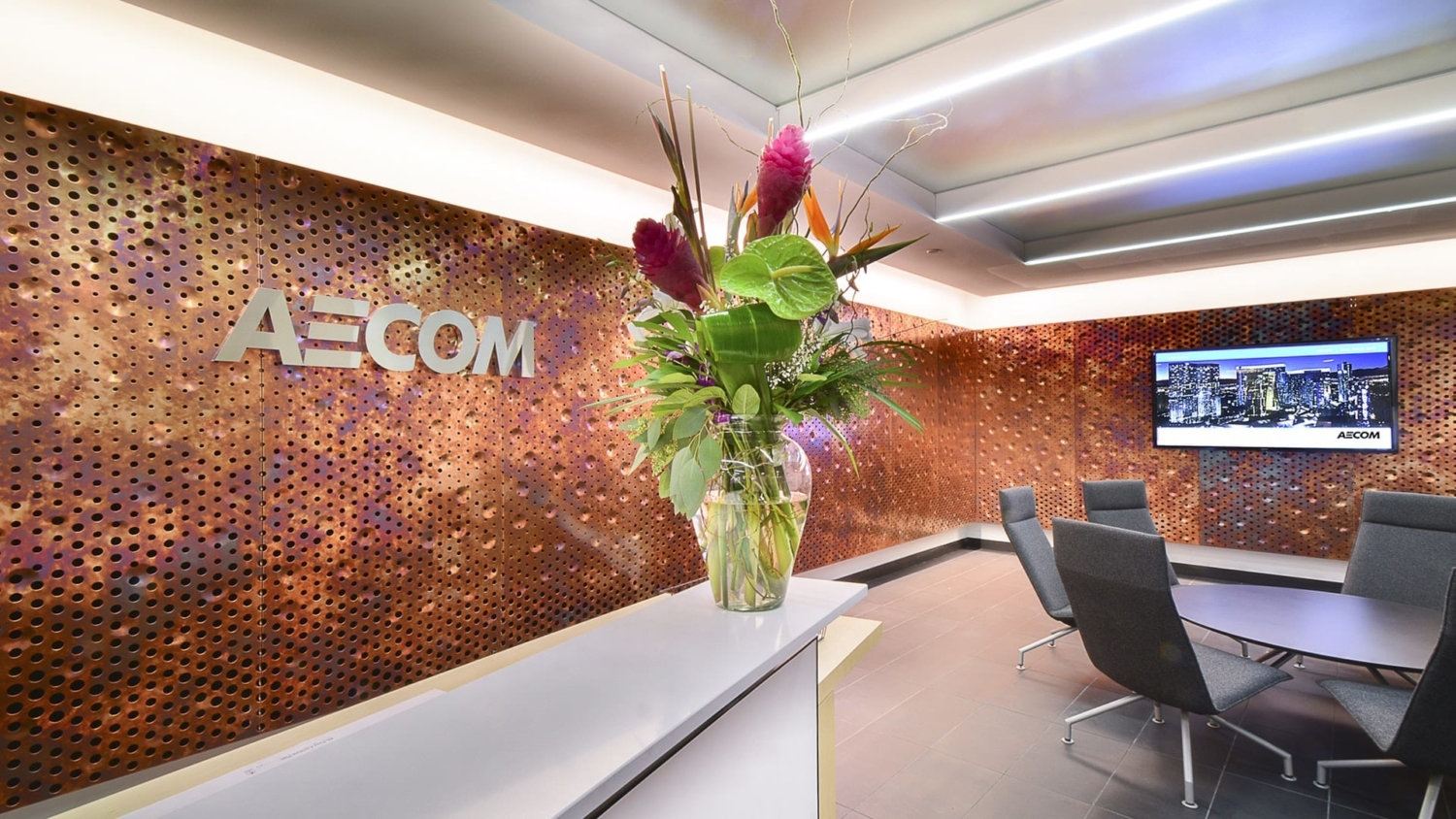 AECOM Buildings and Places division was responsible for developing the new offices at the Penton Media Building in downtown Cleveland, Ohio. The design team used Zahner ImageWall to develop a bold interior panel system for its foyer. For its interior entrance, it was important to establish a rich and yet contemporary setting. The design team selected Dirty Penny, a copper alloy with custom patina developed by Zahner. The material has an iridescent appearance, a result of its interference effect from the mineralized patina oxide layer on its surface. In addition to perforations in the metal surface, the designers went one step further. The copper metal system is further punctuated by a series of custom emboss/deboss punches pressed into the surface of the panels.