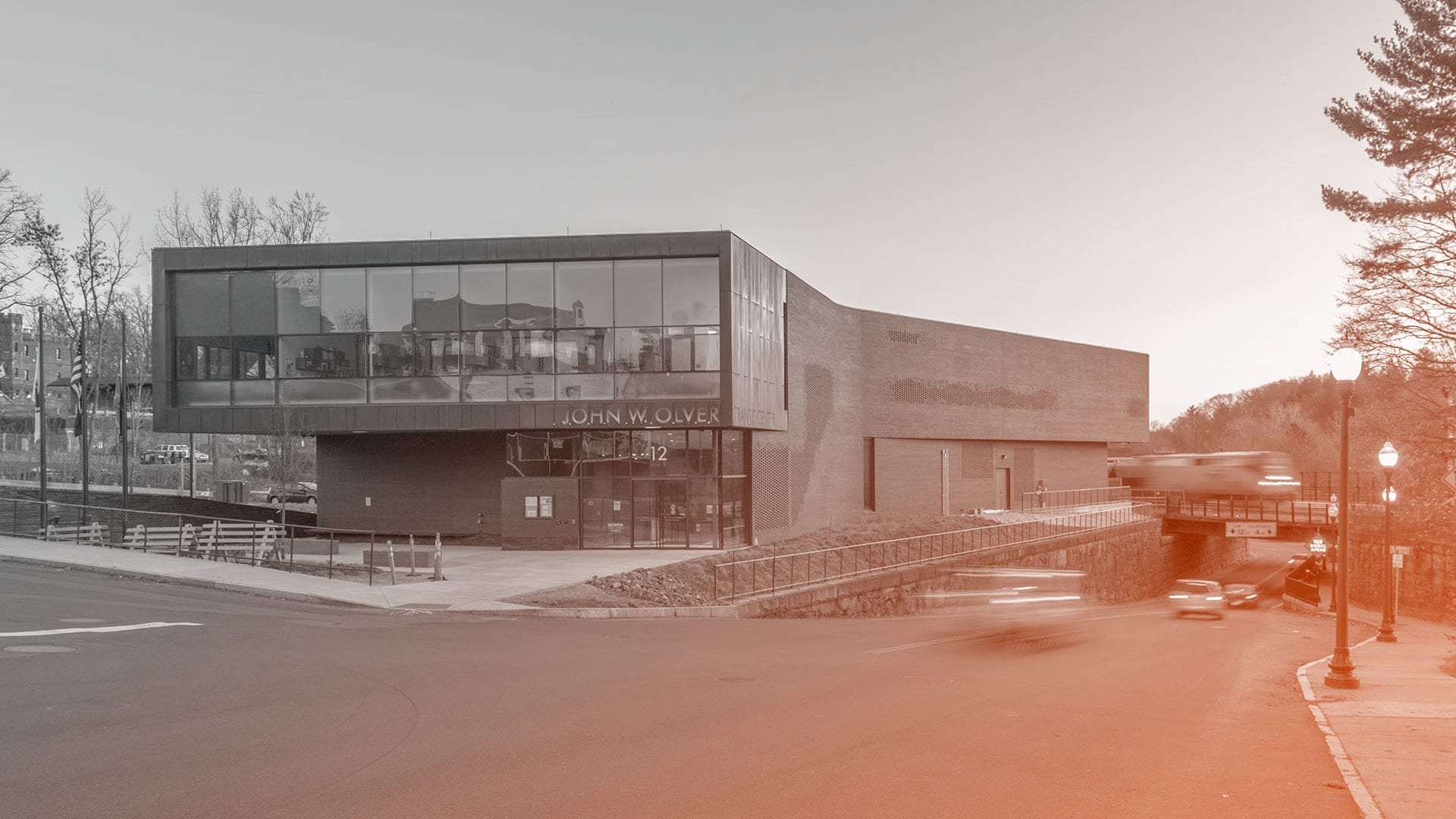 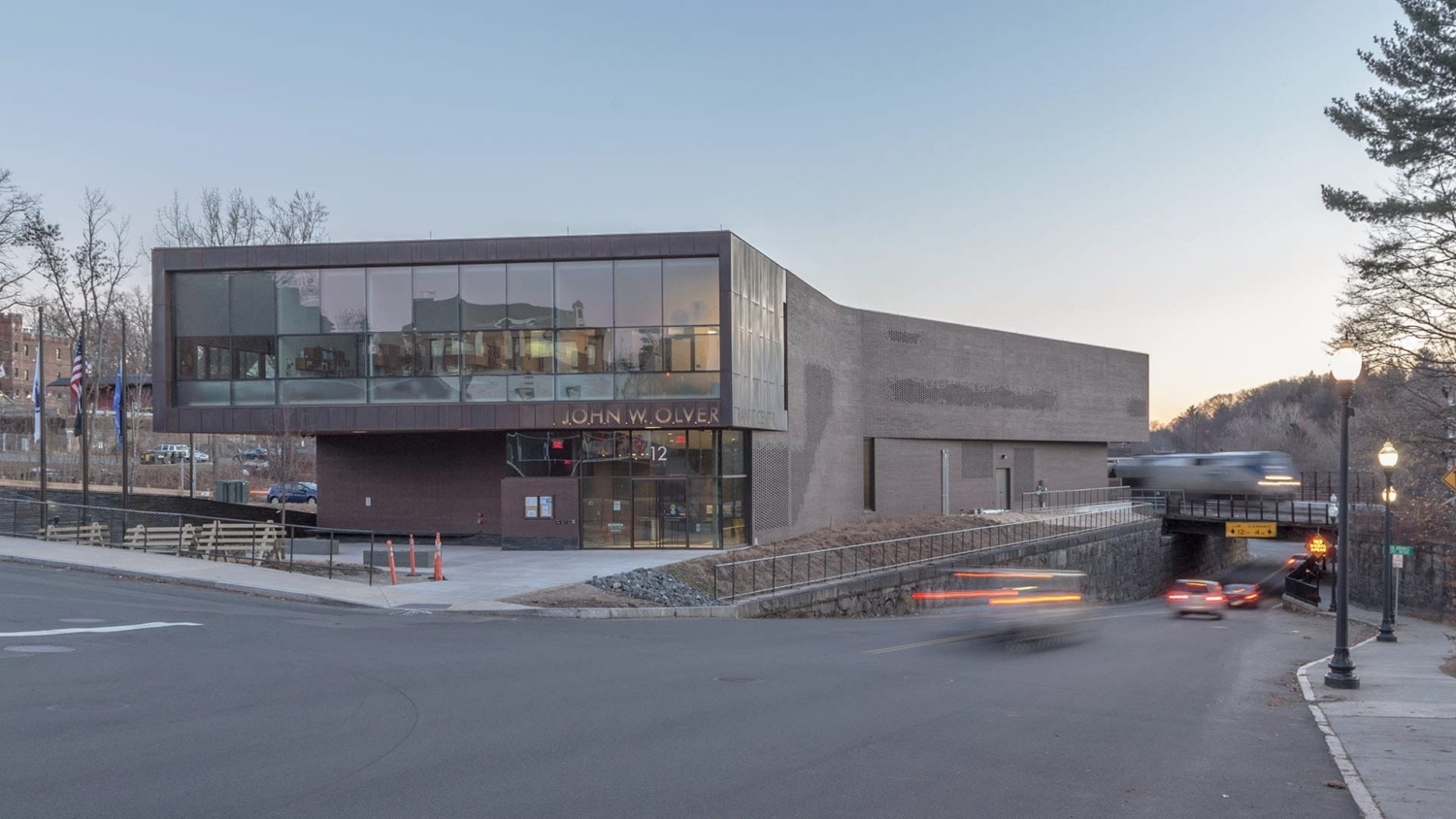 The new transit center was designed by Charles Rose Architects and features Zahner’s design-engineering and fabrication of the natural weathering copper facade. The facade includes intricately cut perforations integrated as signage, which continues around the building’s surface as light filtering copper-screen panels designed to weather and age naturally. The train can be seen above entering the south side of the Franklin Regional Transit Authority, where it currently runs once per day in each direction along the Knowledge Corridor, from Washington D.C. to the border of Canada. The rail improvements allow for trains to travel at speeds of 80MPH.