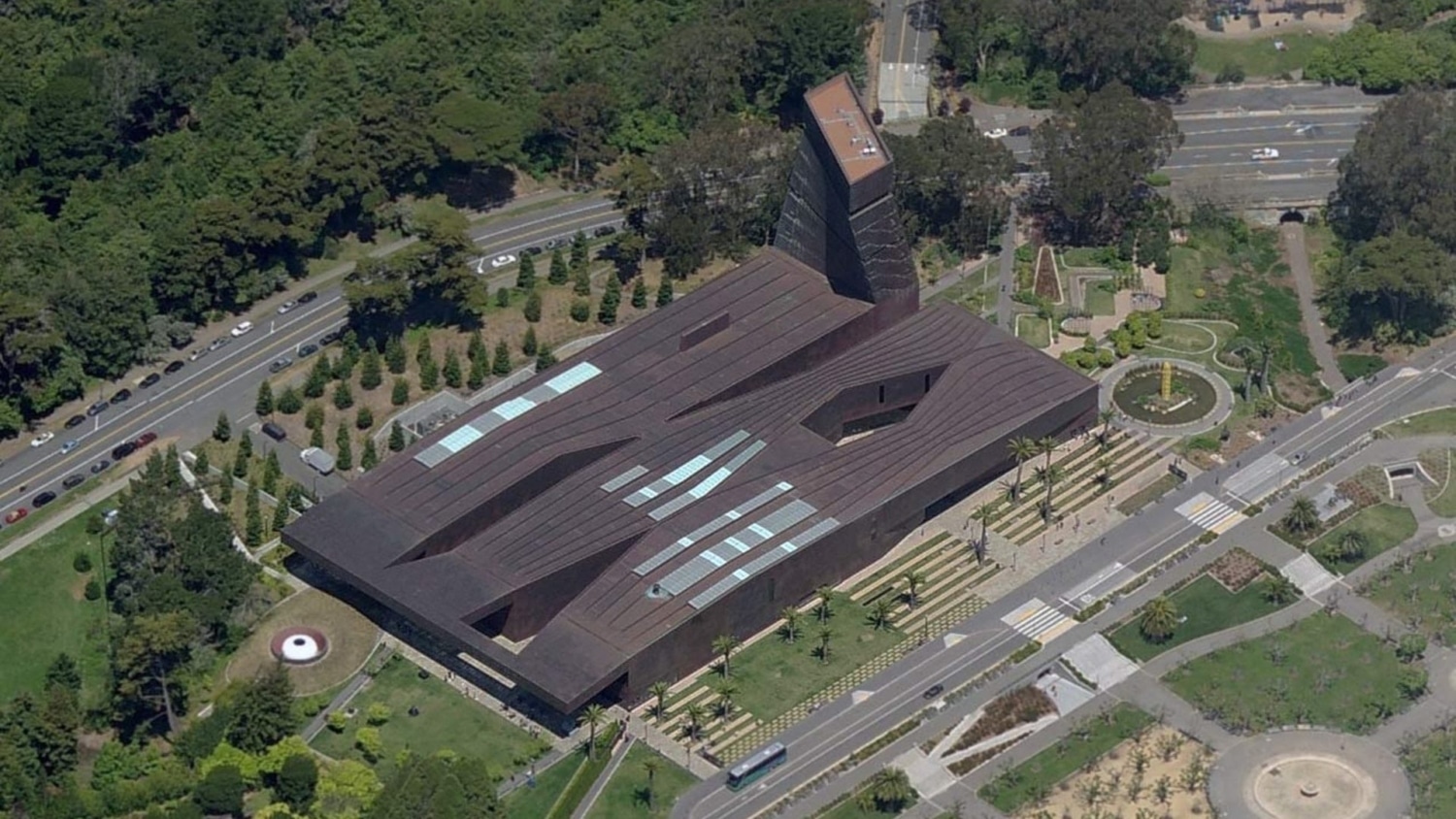 Named for San Francisco newspaperman M. H. de Young, this building is a completely reworked redesign from the original museum, which opened in 1895 as an outgrowth of the California International Exposition of 1894. After the Loma Prieta earthquake in 1989 which completely ravaged the original building’s structure, the de Young board began working to fund a restructuring of the building, and the resulting winner of the competition for its redesign in the late 1990’s was acclaimed Swiss architects, Jacques Herzog & Pierre de Meuron.