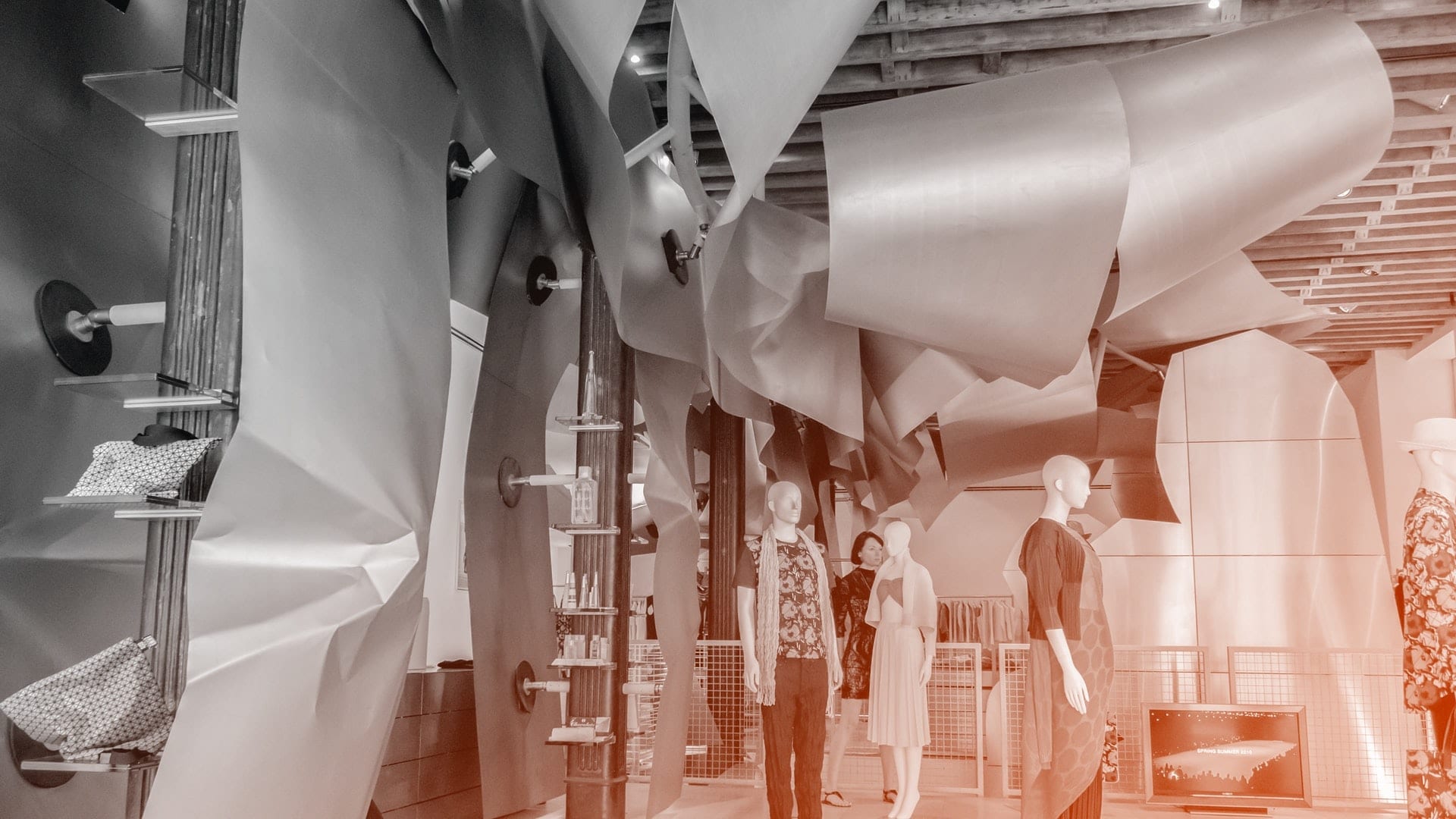 G TECTS has developed 1 featured project with Zahner. Architects come to Zahner for the company’s commitment to developing the designer’s aesthetic to completion. Zahner worked with G TECTS to develop their design into custom architectural systems, featured below. 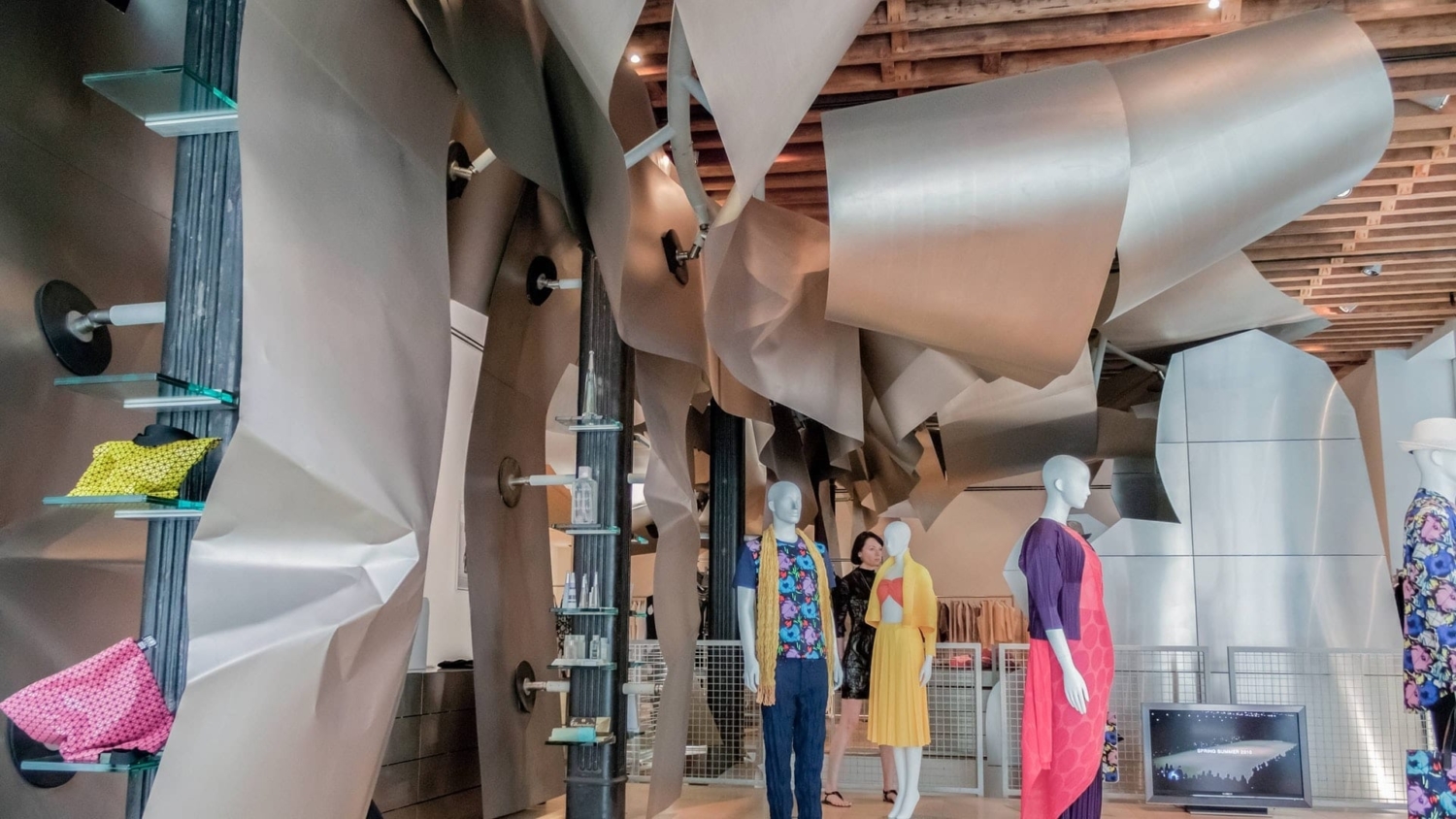 Issey Miyake Tribeca is a retail store for the Japanese fashion designer Issey Miyake designed by Gordon Kipping (G TECTS) with Frank Gehry in a historic cast-iron warehouse building. Located in in the Tribeca neighborhood of lower Manhattan, the store integrates a sculptural titanium ceiling and wall system designed by Frank Gehry Partners as a center piece, extending from a shaft emerging from the cellar floor into a turbulent swirl engulfing the ceiling of the ground floor retail space. Zahner worked for Kipping and Gehry to produce undulating forms and structural support system for this high fashion store in New York City. Hand-formed and machine-formed Titanium panels were attached to the support system, a complex curving tubed branching form which runs throughout the store and can be seen in several detail shots below. PHOTO © A. ZAHNER COMPANY. Titanium is a notoriously difficult surface to work with. The material has incredible memory, which is why it's been re-branded as a smart metal for high-end eye-glasses. In construction, the difficulty with it's memory is that it wants to revert to a flat form. It also has a much harder huge tensile capacity, which enables it to take greater loads, but also makes it difficult to form.