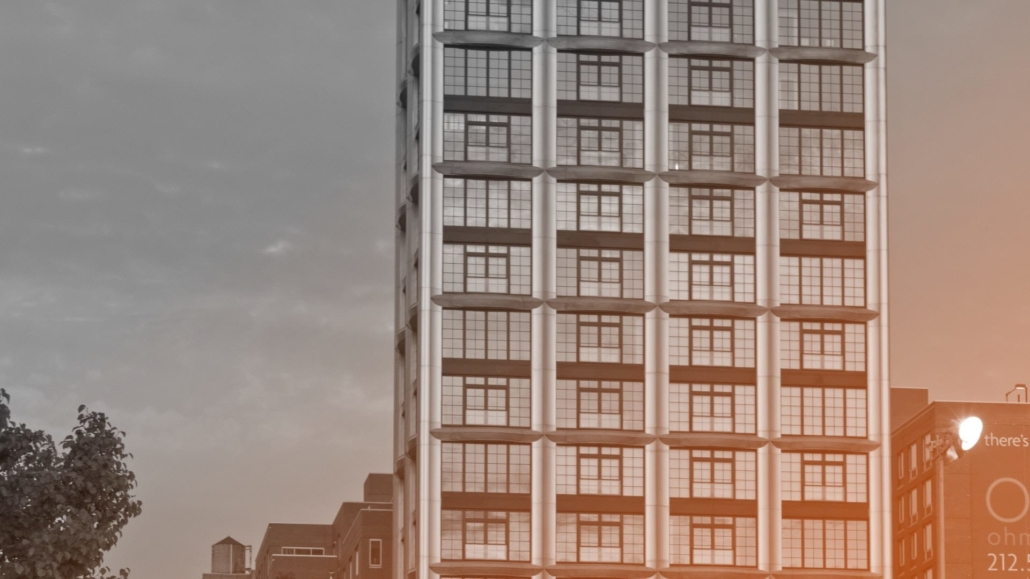 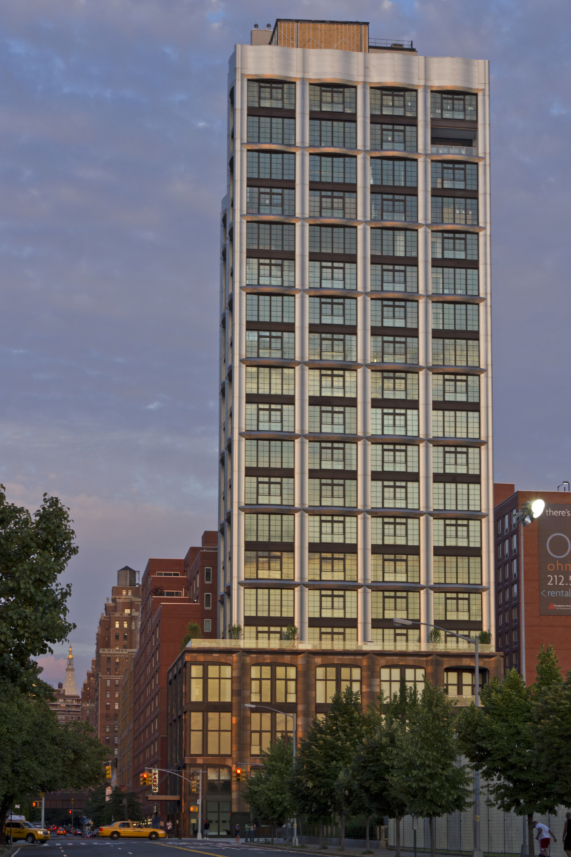 The 19-story building is supported by a 3-story plinth which serves as a base for the 16 stories above it. This base's material palette and massing (terracotta cladding and blackened steel window frames) is in harmony with the surrounding industrial buildings, and also serves to set the tone for the less subtle forms on the tower. The tower's design sensibility builds on the aesthetics of the neighboring areas. Architect Annabelle Selldorf pointed out in an Arch Record interview that “The streetscape is already starting to get lost among glass high-rises.” Instead of designing a building which challenges the neighborhood's character, the architect developed a style which enhances the surrounding architectural style with an update.