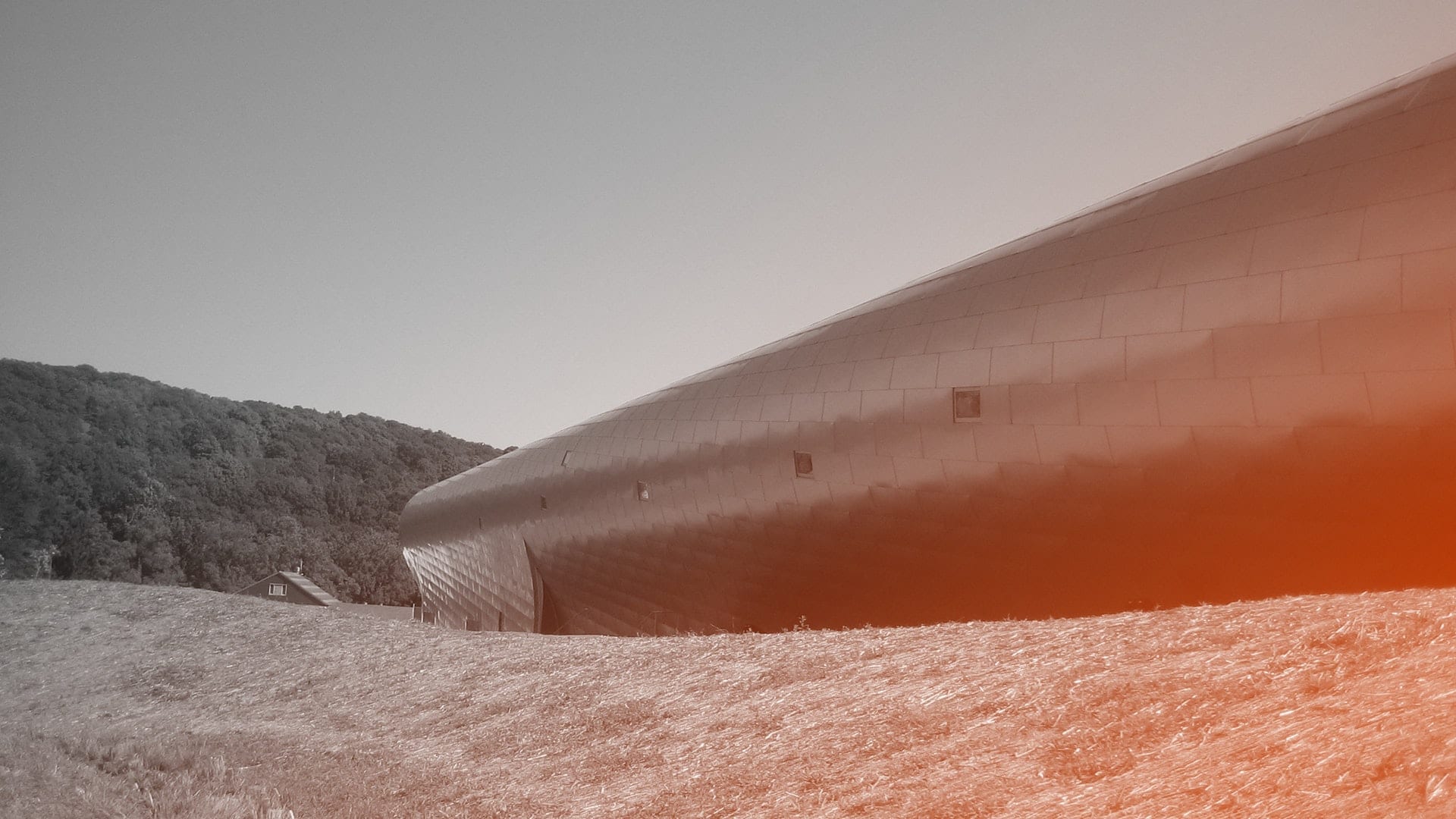 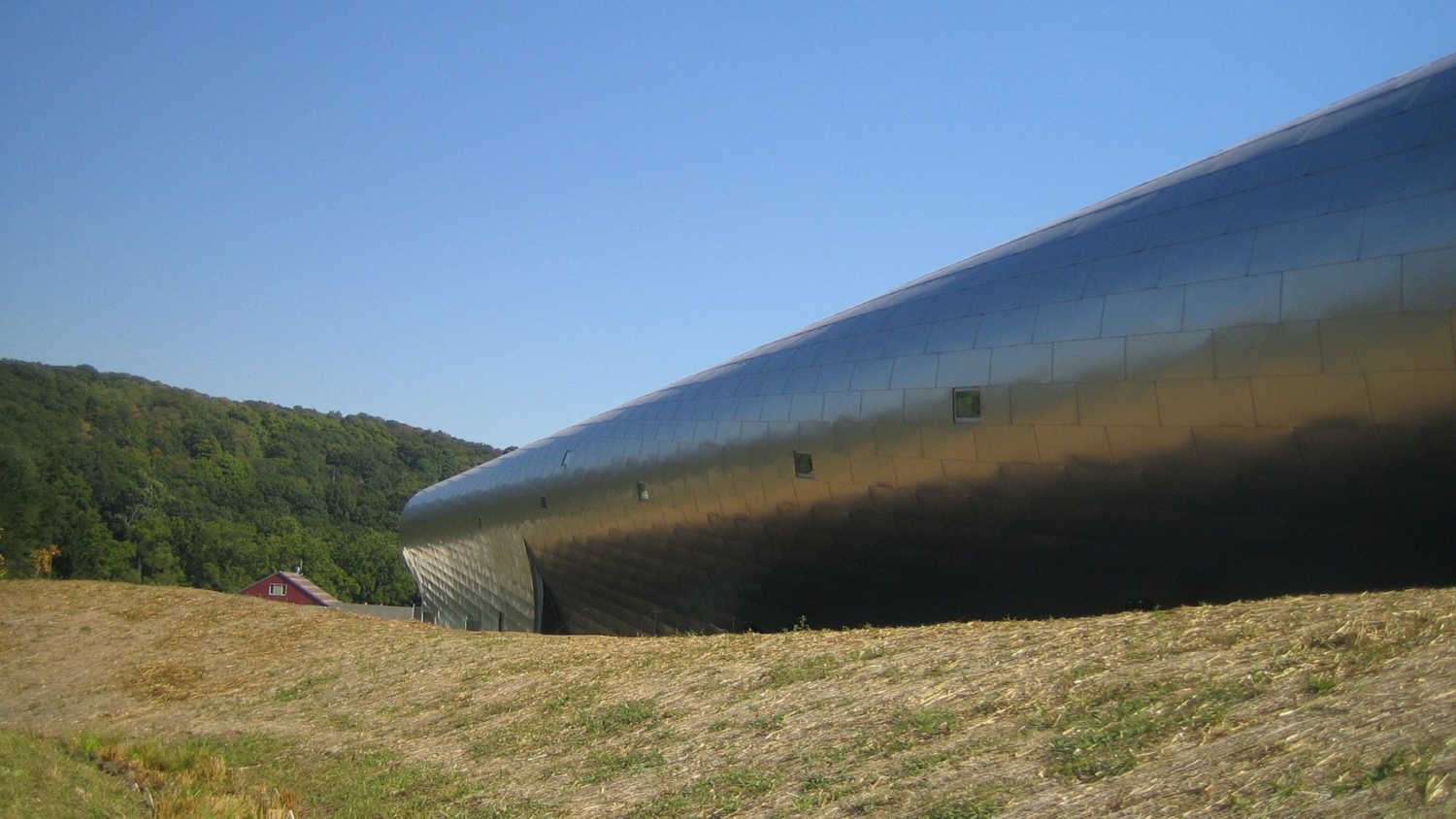 Designed by Steven Holl Architects, this project features a custom facade and roof system developed by Zahner. The building is a long key-hole or water droplet shaped structure which measure 360 feet in length. The project pumps 15 million gallons a day for the South Central Connecticut Regional Water Authority. Located in South Central Connecticut, the project features the largest green roof in Connecticut, zero off-site storm water discharge, and geothermal heating and cooling. It also includes expanded wetlands for biodiversity, and was chosen as one of the top ten green projects in 2007 by the American Institute of Architects' Committee on the Environment (AIA/COTE).