Dedication to Improving the Built Environment

Zahner is committed to improving the built environment by cutting the carbon footprint of both the working environment, as well as the buildings engineered and fabricated by Zahner employees. The company regularly wins awards for green initiatives, and works to improve efficiency and reduce waste in operations.

The company runs an award-winning facility which meets EPA regulations. Zahner set these mechanisms in place to reduce waste and control what waste is produced, preventing contamination of water supply and natural environment.

Zahner’s engineering and fabrication team integrate seamlessly into LEED and Net Zero projects. Behind the LEED program is an immense infrastructure developed to support the leaders in the industry as they innovate and create cutting-edge, high performance buildings, homes and neighborhoods.

Learn more about A. Zahner Company’s commitment to stewardship, and see below a partial listing of Zahner-produced projects which include LEED projects for both new and existing buildings, as well as a number of Net Zero energy buildings.

Edit: See images from the jury process on Zahner Facebook.

On Tuesday, January 20, 2015, the 12 finalists for the Sixth Biennial Zahner Competition convened at A. Zahner Company’s facility in Kansas City to present their concepts to a jury.

Outcome of the jury decision:

The winning artwork will now begin the engineering process to be fabricated over the next few months, and will be auctioned at the KCAI Art & Design Auction, June 6, 2015.

Unlike previous years, the contest was open to students as well as alumni of the Kansas City Art Institute, and featured an open format and popular vote: the twelve finalist’s entries were selected by the general public. These twelve finalists were reviewed on Tuesday, and the decision was made through consensus by the jurors, who deliberated into Tuesday evening.

Of the 12 finalists, eight were present for the competition, and the four concepts who were not present were reviewed privately by the jury.

MOMOCON was selected for its challenge of creating the artist’s line-work on the sculpture’s surface. The artist, Jay Schmidt, graduated from KCAI in 1974. He presented his concept as a small wooden model which was hand-drawn with an intricate pattern, and envisioned the process of creating the work would be a collaboration.

Additional images from the jury process can be seen in a Gallery on Zahner’s on Facebook. 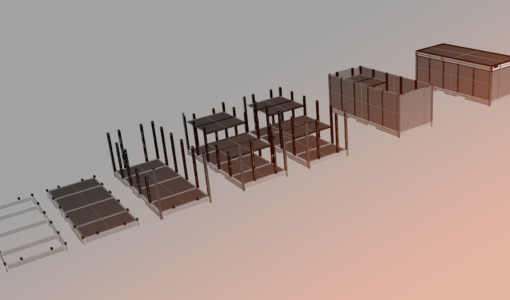 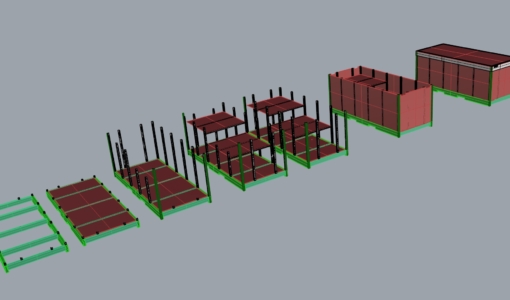 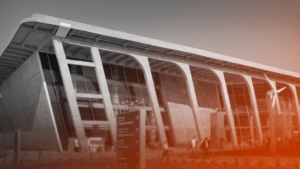 Zahner to provide keynote speech at Indinox 2015 in Gujarat, India next 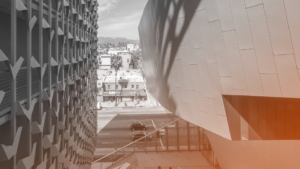