Press release for Zahner induction into the Ernst & Young Entrepreneur of the Year program.

As a regional winner, Mr. Zahner will now compete for the 2015 National Winner of the EY Entrepreneur of the Year Program, and is invited to attend the Strategic Growth Forum in Palm Springs, CA, a prestigious gathering of high-growth, market-leading companies.

“The recognition is a reflection of our employees’ skills, talents and creativity, and team efforts to serve our customers.” — Mr. Zahner, in an interview with Kansas City Business Journal.

Since taking over the family business in 1989, Mr. Zahner has transformed the company’s from a regional sheet metal installer to a global phenomenon, producing a wide range of architectural systems for high-profile architects in countries all over the world. In 2015, the company will complete the Petersen Automotive Museum in Los Angeles, the Miami City View Garage in Florida, the Australian Embassy at Jakarta in Indonesia.

“The recognition is a reflection of our employees’ skills, talents and creativity, and team efforts to serve our customers,” said Mr. Zahner in an interview with Kansas City Business Journal. Now in its 119th year, A. Zahner Company employs 200 engineers and artisans in its offices, field operations, and its two manufacturing facilities in Missouri and Texas.  Zahner has 8 trademarked specialized systems, 7 trademarked surfaces, and is the recipient of over 40 awards for work in the fields of art and architecture.

In 2014, Mr. Zahner introduced the company’s first software for the design market — ShopFloor — a web-based software platform developed by a team of Zahner engineers and developers. The software platform is transforming the architectural market by bringing transparent pricing and rapid production of modular architecture to architects and developers as fully engineered and manufactured designs. The platform has been heralded as a visionary example of Mr. Zahner’s leadership. “It’s innovation like this that gives me hope for the building industry,” said founder of Dynamo Ian Keough upon its launch.

EY Entrepreneur Of The Year® is the world’s most prestigious business award for entrepreneurs. The unique award makes a difference through the way it encourages entrepreneurial activity among those with potential and recognizes the contribution of people who inspire others with their vision, leadership and achievement. As the first and only truly global award of its kind, Entrepreneur Of The Year celebrates those who are building and leading successful, growing and dynamic businesses, recognizing them through regional, national and global awards programs in more than 145 cities in more than 60 countries.

A. Zahner Company (ZAHNER®) is a fourth-generation, internationally acclaimed engineering and fabrication firm known for its specialized use of metal in art and architecture, most notably the complex building facades such as the 9/11 Memorial Museum in New York City, the Pritzker Pavilion in Chicago, de Young Museum in San Francisco. Headquartered in Kansas City, Zahner employs nearly 200 engineers and artisans in its offices and two manufacturing facilities in Missouri and Texas.  Zahner has 8 trademarked specialized systems, 7 trademarked surfaces, and is the recipient of over 40 awards for work in the fields of art and architecture.   For more information, visit www.www.azahner.com. 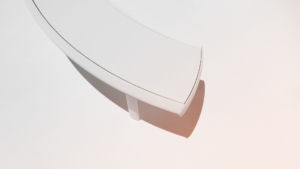 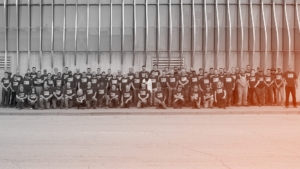