Zahner is pleased to announce the launch of the Aluminum Bench for ShopFloor, designed by Jonathan Olivares, at Volume Gallery.

Aluminum Bench
Designed by Jonathan Olivares for ShopFloor®
Made by A. Zahner Company

CHICAGO—June 9, 2015 — ShopFloor is pleased to announce the launch of the Aluminum Bench designed by Jonathan Olivares at Volume Gallery, opening June 15th from 6-8 PM at 845 West Washington Blvd, Chicago, IL 60607. A panel discussion between Olivares, Zahner’s design director Paul Martin, and the Aluminum Bench app designer at ShopFloor, Andrew Manto will take place at Volume Gallery on June 16th from 11AM- 12PM.

The Aluminum Bench designed by Olivares for Zahner’s web-based software platform ShopFloor offers a new model for user-configured furniture. Developed over the past year by designers and engineers at ShopFloor alongside Olivares, potential buyers are able to design their own bench shape in a 3D environment and price in real-time. ShopFloor allows the user to determine the curvature, length and color of the bench for specific architectural contexts.

The bench is made using 100% aluminum parts: its legs are cast aluminum, its seat is made with an aluminum honeycomb core, and its profiled edge is made using an aluminum extrusion that Zahner originally designed for use on complex curvilinear building facades. Aluminum Bench comes in both black as well as white models and is coated with a UV and scratch resistant powder coating.

The ShopFloor software combines generative algorithms and 3D software, a combination that has advanced architectural manufacturing; resulting in a streamlined production of highly individualized shapes. The app allows for nearly unlimited customization within Olivares’s design, meaning that each resulting bench is one-of-a-kind. As users make adjustments to their designs, the ShopFloor app automatically determines the appropriate hardware, providing the structural and aesthetic placement of the benches legs.

The ShopFloor tool also allows buyers to work within a known budget by calculating price in real-time. Once the design is complete, the app automatically generates production-ready drawings for Zahner’s factory that can be manufactured, packaged, and shipped anywhere in the world.

The Aluminum Bench is presented at Volume Gallery alongside kiosks installed with the ShopFloor app and a series of drawings by Nathan Antolik, exploring an alphabet of possible shapes for the Aluminum Bench.

Jonathan Olivares was born in Boston in 1981 and graduated from Pratt Institute. In 2006 he established Jonathan Olivares Design Research, an office based in Los Angeles that works in the fields of industrial, spatial and communication design. His designs engage a legacy of form and technology, and ask to be used rather than observed. Recent projects include the exhibition Source Material, curated with Jasper Morrison and Marco Velardi (2014); the website A View on Natural Motion, for Nike (2014); the Olivares Aluminum Chair, for Knoll (2012); and the book A Taxonomy of Office Chairs, published by Phaidon Press (2011). Olivares’ work has been published internationally, granted several design awards—including Italy’s Compasso d’Oro—and supported by the Graham Foundation for Advanced Studies in the Fine Arts through two grants.

ShopFloor (SHOPFLOOR®) is a web-based software platform for making fully engineered and manufactured designs. Started in 2014, ShopFloor is developed by a growing team of designers and engineers within Zahner, and includes a small number of apps produced by this in-house team including CloudWall, ImageWall, and now Aluminum Bench. Each of the apps running on ShopFloor benefit from generative manufacturing, advanced user-customization, and instant pricing which is calculated based on the current price of the metals market with the cost of Zahner’s manufacturing. Download ShopFloor at www.shopfloorapp.com.

A. Zahner Company (ZAHNER®) is a fourth-generation, internationally acclaimed engineering and fabrication firm known for its specialized use of metal in art and architecture, most notably the complex building facades such as the 9/11 Memorial Museum in New York City, the Pritzker Pavilion in Chicago, de Young Museum in San Francisco. Founded 118 years ago and headquartered in Kansas City, Zahner employs nearly 200 artisans and engineers in its offices and two manufacturing facilities in Missouri and Texas. Zahner has 8 trademarked specialized systems, 7 trademarked surfaces, and is the recipient of over 40 awards for work in the fields of art and architecture. For more information, visit www.www.azahner.com.

Nathan Antolik is an artist based in Brooklyn, New York.

Zahner to speak at Missouri University at Columbia, Open to PublicCEO/President L. William Zahner to deliver the annual lecture at Mizzou.Zahner Builds Web-Based SoftwareDownload the press release for ShopFloor by Zahner.Sheet Metal MagiciansTechnologist Peter Hall publishes a story about A. Zahner Company for Metropolis Magazine. 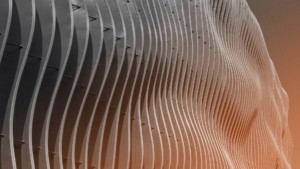 Zahner featured on “What Is That?” next 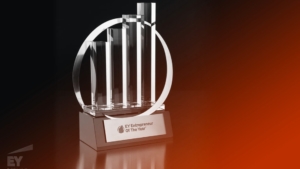