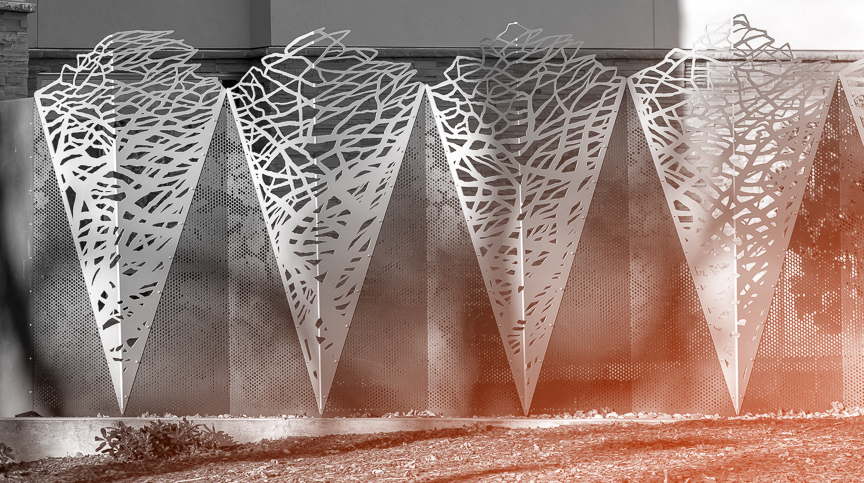 Sculpture designs fabricated with Zahner engineering benefit from high-quality craft and attention to detail. Zahner engineers work with designers and contractors to develop integrated systems which meet a range of desired aesthetics. See below a range of inspirational projects and best practices for projects in the Sculpture typology. 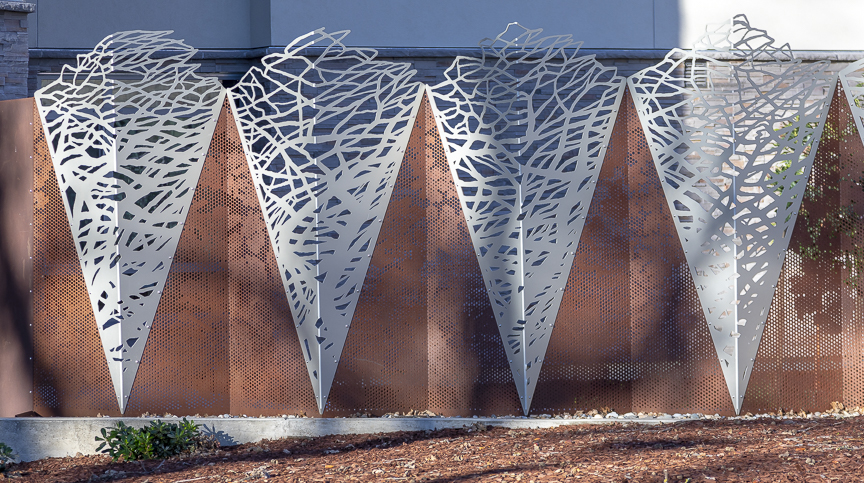 This artwork entitled “In the Fold” was designed by renowned artist, Norie Sato, for the new Viamonte at Walnut Creek Senior Living Center in California. Zahner was brought on early in the design phase and provided design assist, engineering, and fabrication services for this project. The fence is over 62 feet long, and over 7 feet tall at each peak. Inspired by the art of origami, the fence is comprised of dual-sided "Frost White" anodized aluminum and dual-sided Zahner Solanum™  weathering steel panels that are alternately folded to provide depth and an intricate profile. The branches pattern in the aluminum panels were waterjet cut while the leaves pattern on the Solanum panels was created using our ImageWall® custom-perforation technology. 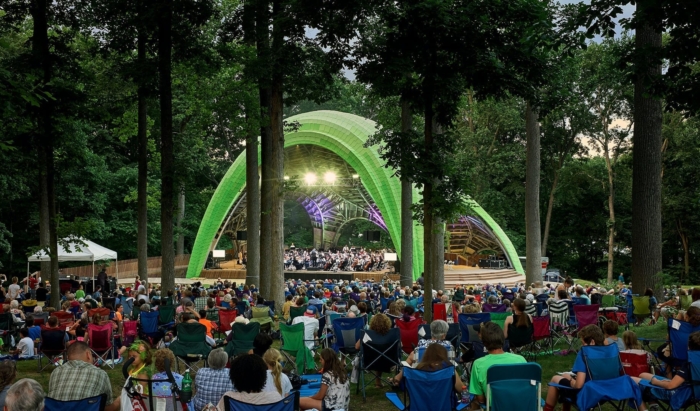 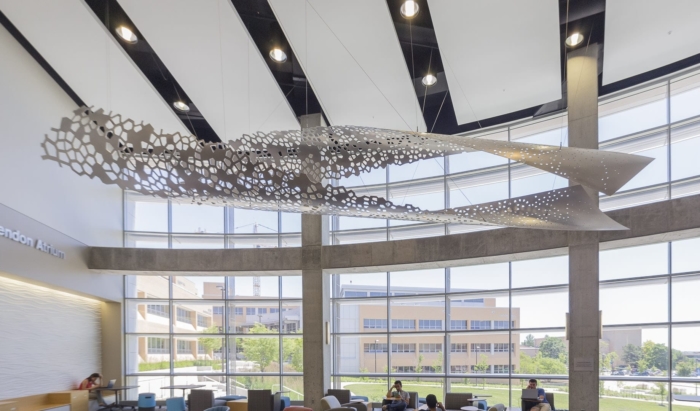 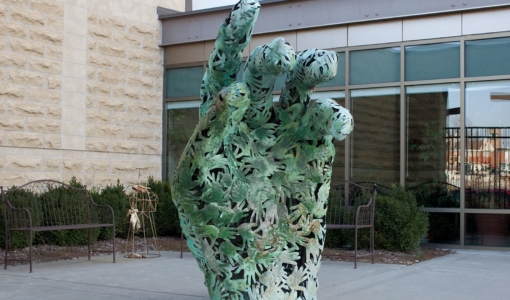 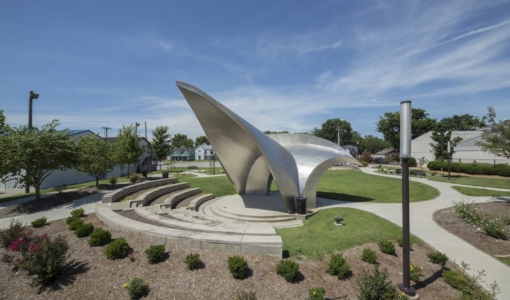 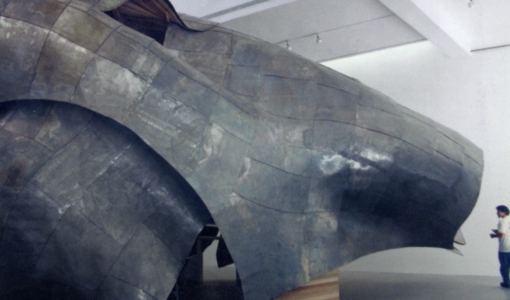 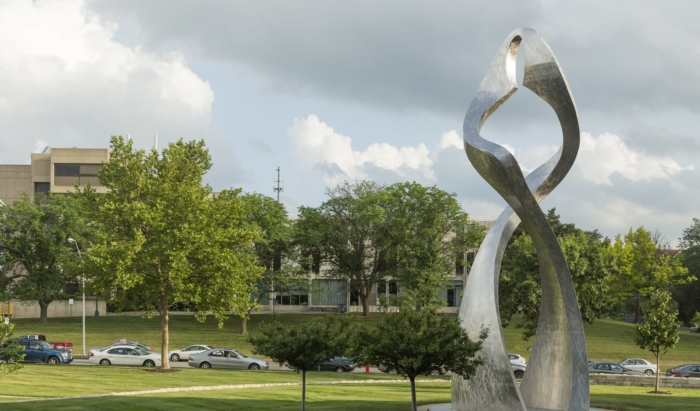 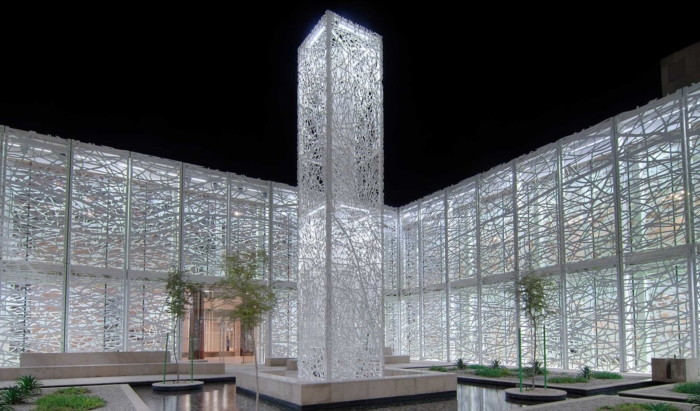 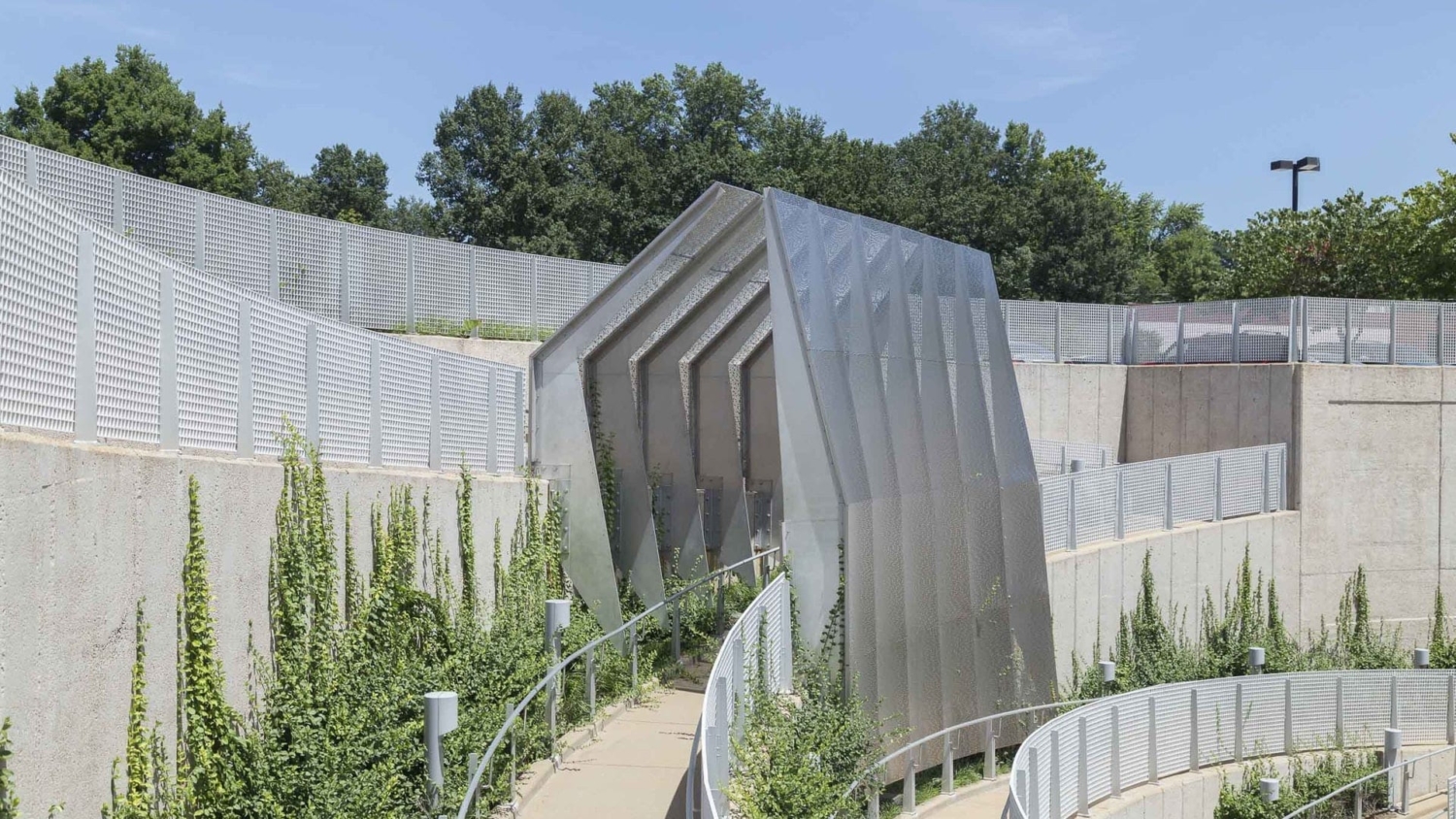 Hoi Polloi is a public artwork by Lindsey Stouffer, located at the Forsyth Metrolink stop in the greater St. Louis area. The artwork was manufactured by Zahner in Kansas City. The Forsyth St. Louis MetroLink stop is a below-grade, open-air station located at the intersection of Forest Park Parkway and Forsyth Boulevard on the border of University City and Clayton, Missouri in the greater St. Louis metro area. The public artwork is one of nine commissioned for the St. Louis railway extension as part of the HNTB-designed Cross County Metrolink Extension. 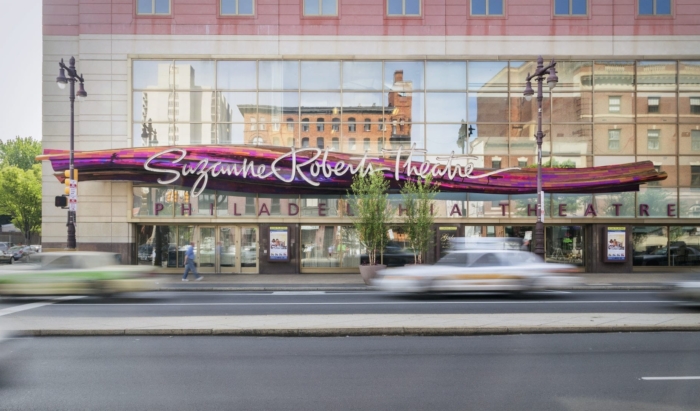 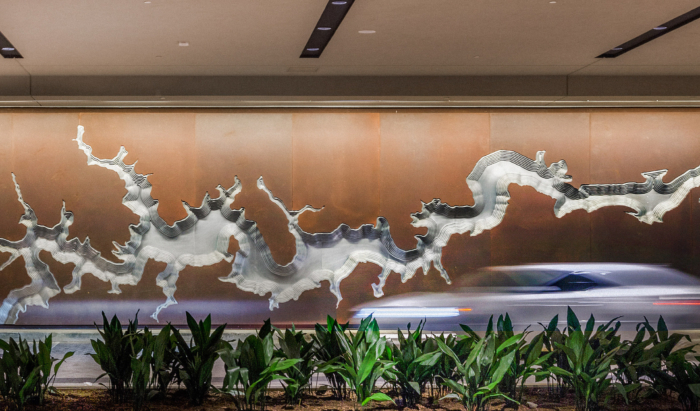 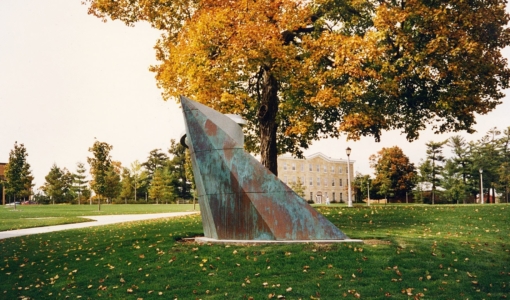 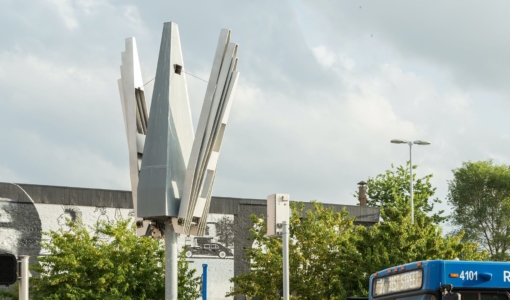 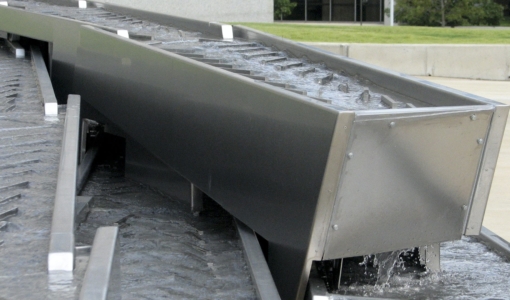 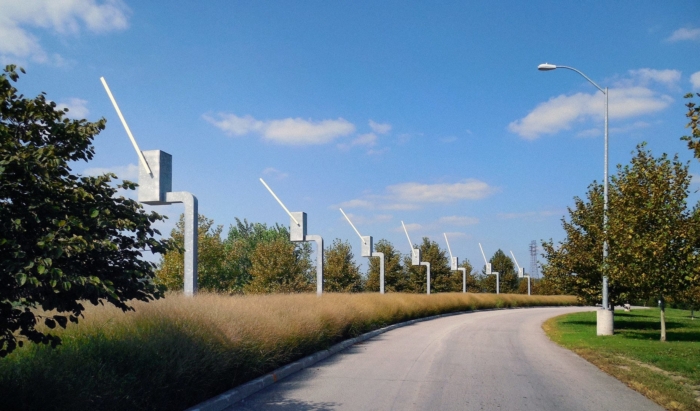 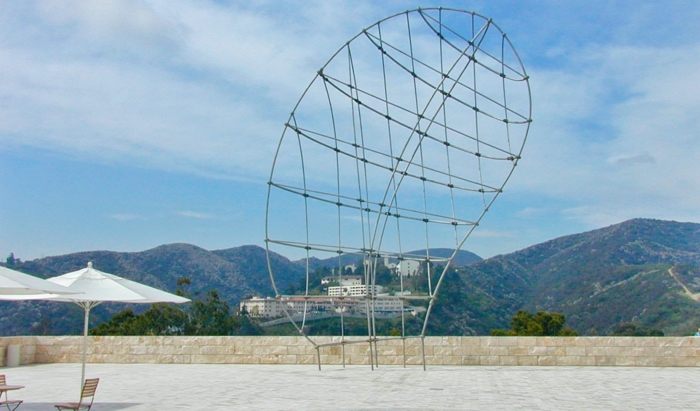 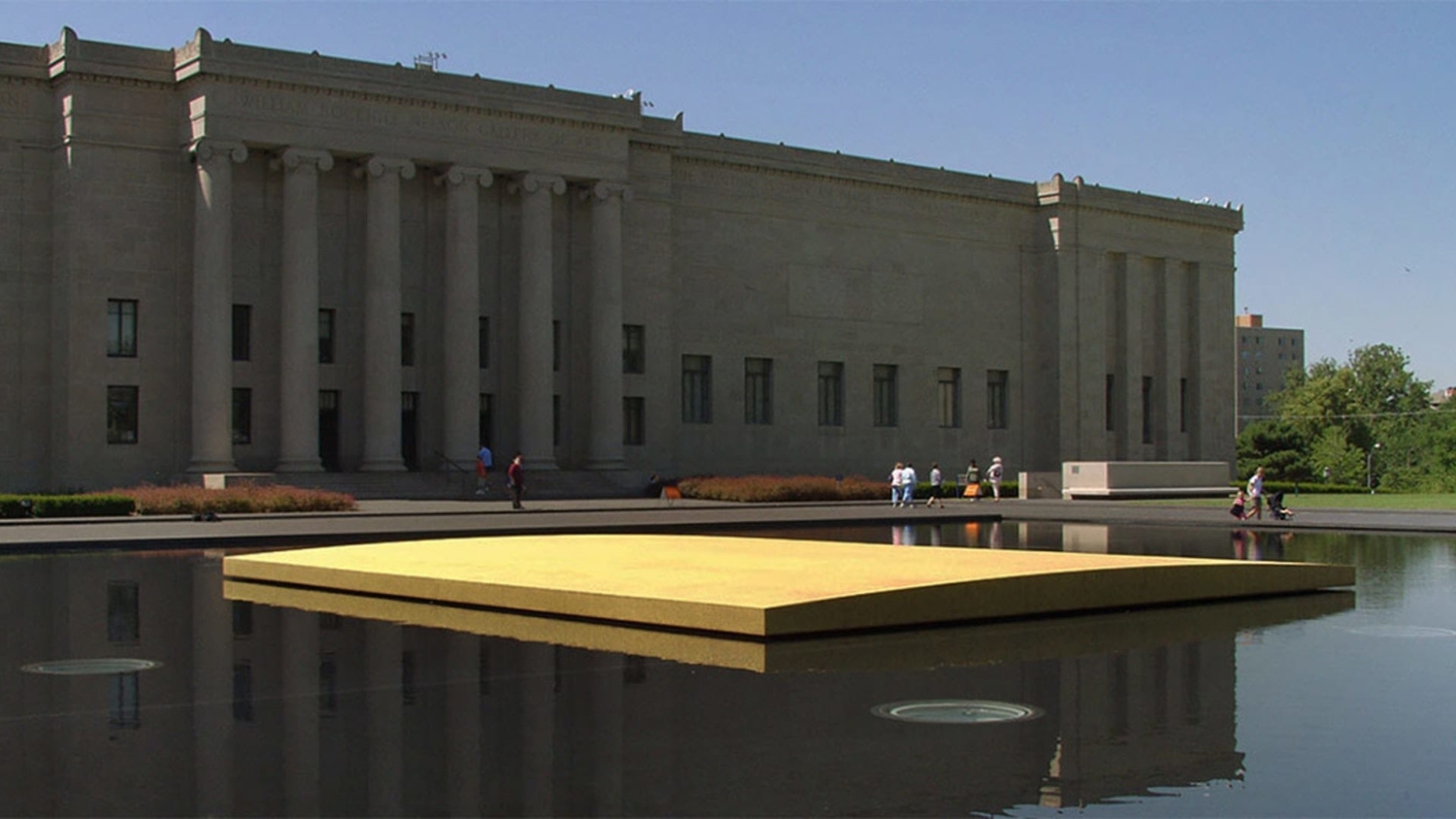 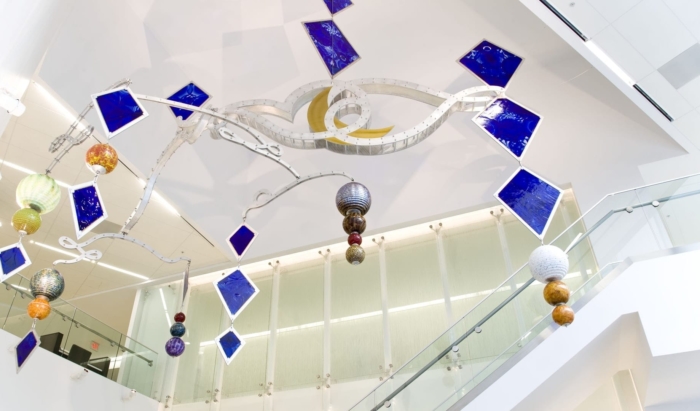 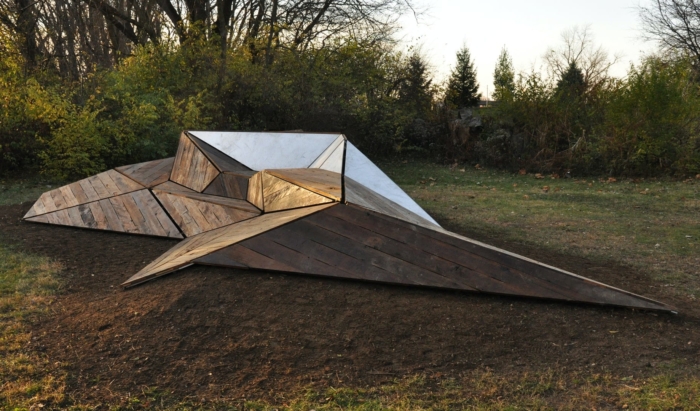 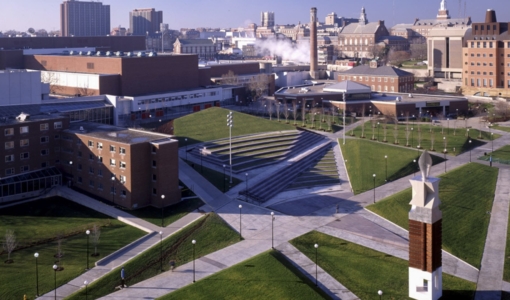