In 2001, Zahner was enlisted to work on the master plan for the Nelson-Atkins Museum of Art. The building, designed by Steven Holl Architects, is a massive expansion, and Zahner provided various metalwork throughout the new construction and played a role in the renovations to its existing historic building.

In addition to the architectural features, a large scale site-specific artwork by Walter de Maria was commissioned by the Museum. Zahner was brought on as fabricator for the installation by the famed land artist. The work, entitled One Sun / 34 Moons, is made up of thirty-four ‘Moons’ which are realized as illuminated glass fixtures scattered throughout the installation.

These ‘Moons’ are installed at the bottom of a large reflecting pool in front of the museum’s northern staircase. At the artwork’s center is a golden ‘Sun’ fabricated by Zahner in stainless steel, surfaced with gilded bronze.

The artwork is a collaboration in several ways. The artwork features a gilded bronze leaf application developed by Walter de Maria partners American Burnish in New York. The vision of Steven Holl can be seen in how the ‘Moons’ provide natural lighting for the parking garage underneath. Zahner’s expertise can be seen as both the massive engineered form as well as the long-term performance of the architectural metal as art.
For the artwork, Walter de Maria wanted a golden color that would appear bright in almost any light, direction, or shadow. Zahner’s team worked with the artist on various color options, and the textured gilded bronze surface was selected as the best option to meet these constraints.

In creating the form of the ‘Sun’, Zahner was able to apply engineering and fabrication expertise as well as an unparalleled understanding of metallurgy.

Selecting and specifying the construction materials for performance and durability required careful consideration of the engineered details, galvanic corrosion, and pH levels for the reflecting pool and water feature design to prevent moisture from deteriorating the surface.

Steven Holl & the Use of Light: 34 Moons

Perhaps the most intriguing aspect of Walter de Maria’s sculpture is the way that it integrates into the greater architectural vision of Steven Holl & Chris McVoy. Each of the ’34 Moons’ are actually part of a skylight design used to provide natural light to the parking structure below the surface of the park.

The light temperature of the neon illumination matches that of the moon; the architects’ use of both natural and electric light innovates and plays perfectly into Walter de Maria’s vision of the moon in an almost literal sense. 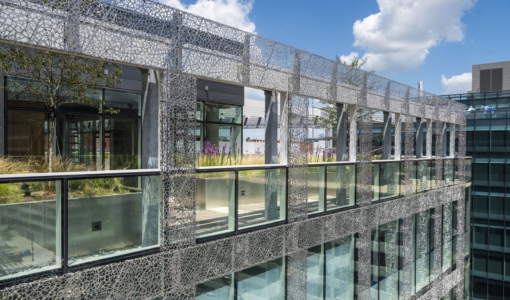 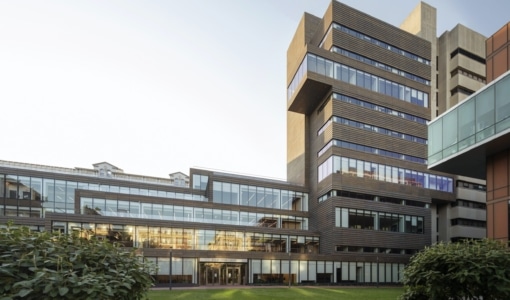 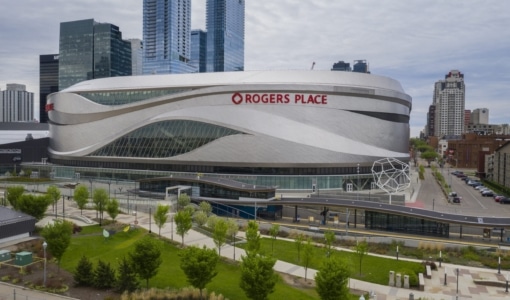