Catalyst is a kinetic sculpture in Kansas City by artist Matthew Dehaemers, engineered and produced using Zahner art fabrication services. Located at the intersection of of 31st Street and Troost Avenue, this public artwork was completed in 2010 for the Kansas City Area Transportation Authority.

Zahner engineers and artisans worked closely with Dehaemers to engineer, fabricate, and install the artwork.  As a kinetic sculpture, the design included moving parts which were modeled digitally by Zahner engineers and the in-house design team.  Zahner crafted the sculpture from galvanized steel, laser-etched stainless steel, and aluminum.

The sculpture’s form is inspired by the root of the Dutch word “Troost,” which means to “provide comfort, solace.” Its location on Troost Avenue is further informed by the diverse cultural perspectives of the area. Catalyst represents the past, present, and future of the street corner, which once served as the hub of Kansas City life in the early 20th century. Catalyst was Matt Dehaemers’ second collaboration with Zahner. His first collaboration was completed in 2008 and entitled Seven Sentinels.

“My hope is for “Catalyst” to mean different things to different people as local citizens become stewards of Catalyst and the Troost corridor it represents … The form of sculpture for some may represent the form of a tree, or the abstraction of a spark of light or even yet the dawn of a new day as a sun unfolds its rays of light.” – Matthew Dehaemers

The 30-foot-tall structure stands above the MAX bus stop acting as an artful signal for the arrival and departure of the MAX transits. From far you can see that a bus has just left, or is currently arriving.

Kansas City hybrid buses traveling southbound will trigger Catalyst to unfold its wing-like arm structures. Approximately a minute or two later the arms fold back up awaiting to repeat the gesture minutes later for the next bus. LED lights have been installed and cast brilliant ever changing light across the surface of the structure during the night time, hitting the entire spectrum of color. 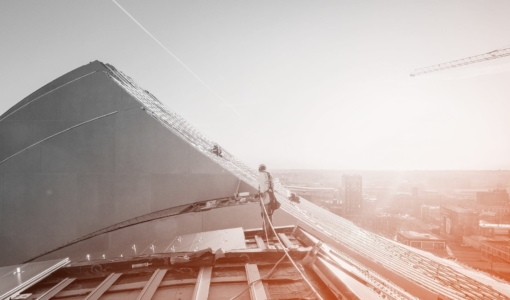 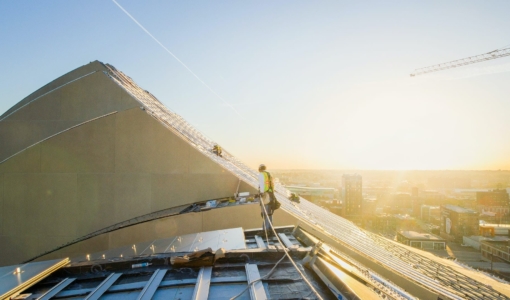 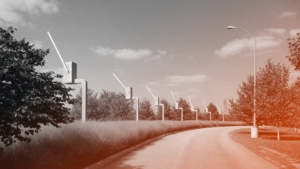 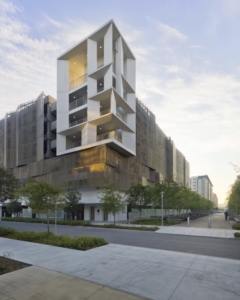