The Ohio Holocaust and Liberators Memorial

This Ohio Holocaust and Liberators is a Daniel Libeskind-designed memorial which was manufactured and built by Zahner. The memorial was conceived to serve the millions who lost their lives in the Holocaust and the American soldiers who liberated those in concentration camps. The design by Studio Daniel Libeskind provides a space of contemplation, a place where ideas and values cut across generations, ethnic identity, and creed.

Approaching from the Statehouse, the visitor walks on a limestone walkway between inclined, graduated stone walls and two stone benches towards a pair of large 18-ft-high bronze panels. Embossed with a story told by a survivor of Auschwitz, the panels are also irregularly angled at their inner edges. The planes meet in the center, the jagged edges forming a cutout in the shape of a six-pointed star.

“The bronze book achieves an incredible sense of dynamism as each surface twists and turns, leaving no two surfaces parallel… In many ways, this project comes as much from Libeskind’s heart as from his hand.” — Architect’s Newspaper

The Ohio Holocaust and Liberators Memorial is a welcome place for reflection on public ground. Upon one of its stone walls, this line honoring the camp liberators is engraved: “If you save one life, it is as if you saved the world.” 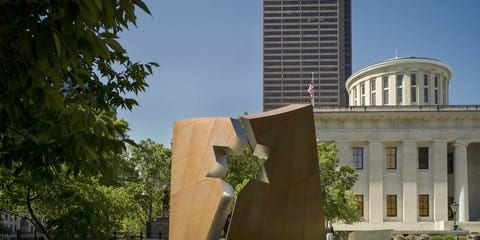 Etched and engraved metal processes provide a canvas of possibility for expression on plate and panel surfaces. Learn more about laser engraving and CNC engraving, as well as how laser etched and chemical etched metal systems are possible with Zahner fabrication and engineering. 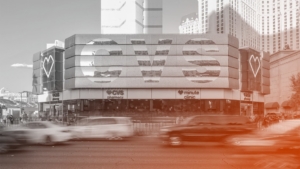 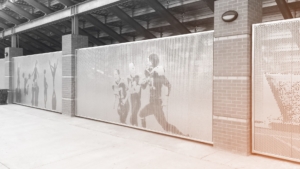