The building is the first residential project in the United States designed by Swiss architects Herzog & de Meuron. The residence is also the firm’s first building in New York City. The copper and stainless steel were formed as bell-shapes which adorn the facade of the building. The reflective stainless steel sits behind a layer of cast glass, creating an intriguing light effect behind the facade’s glass exterior.

Since its completion in 2007, the building 40 Bond Street has become an important architectural icon in New York City. The building has influenced  the current generation of architectural developments, influencing the design of luxury residences across the city.

Viewed from certain angles, the curved glass reflects the stainless steel underneath, making them nearly as reflective as chrome. From other points of view, the glass reads simply as glass, which, because of its unconventional application, is enough to stop passersby in their tracks. “We wanted the building to look like it was shrink-wrapped in glass,” according to Ashesh Saheba of Handel Architects in an interview in Metals in Construction.

The elevation of the rear facade echoes the facade of the front. However, instead of the stainless steel and glass, the north facade uses blackened copper. The custom copper rear facade matches the bell-shaped mullion shapes of the glass front.

Over the decades, copper will slowly evolve, developing a green patina, a protective oxidization layer which hardens on the surface. In this sense, the building will eventually come to match the tonality of the front facade, unifying aesthetics over the years. 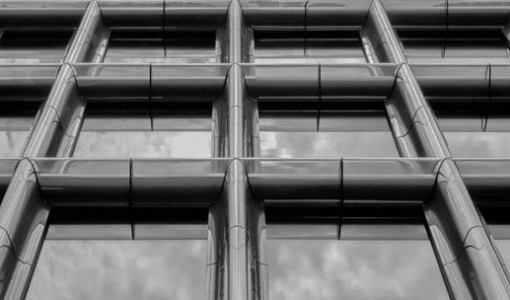 Custom mullion and transom systems developed by Zahner provide designers with the tools for challenging the status quo and building something new. Zahner provides rich customizations, developing unique cladding designs for both vertical and horizontal members. 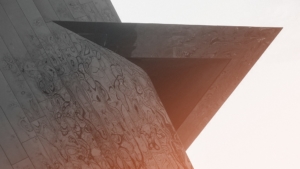 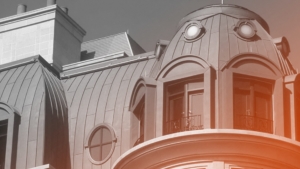