Hayward Field at the University of Oregon has hosted numerous USA Olympic Track and Field Trials and NCAA Outdoor Track and Field Championships since its original construction in 1919. The stadium has had more “World’s Greatest Athlete” titles given to decathlon world record breakers than at any other venue.

The renovations from 2018-2020 included the addition of a 9-story tower at the northeast corner of the stadium. This landmark, designed by SRG, was inspired by the Olympic torch and pays tribute to the university’s legacy depicting five Oregon track and field icons. Using Zahner’s ImageWall® technology, the perforation pattern displays images of coach Bill Bowerman, and athletes, Steve Prefontaine, Raevyn Rogers, Ashton Eaton and Otis Davis. 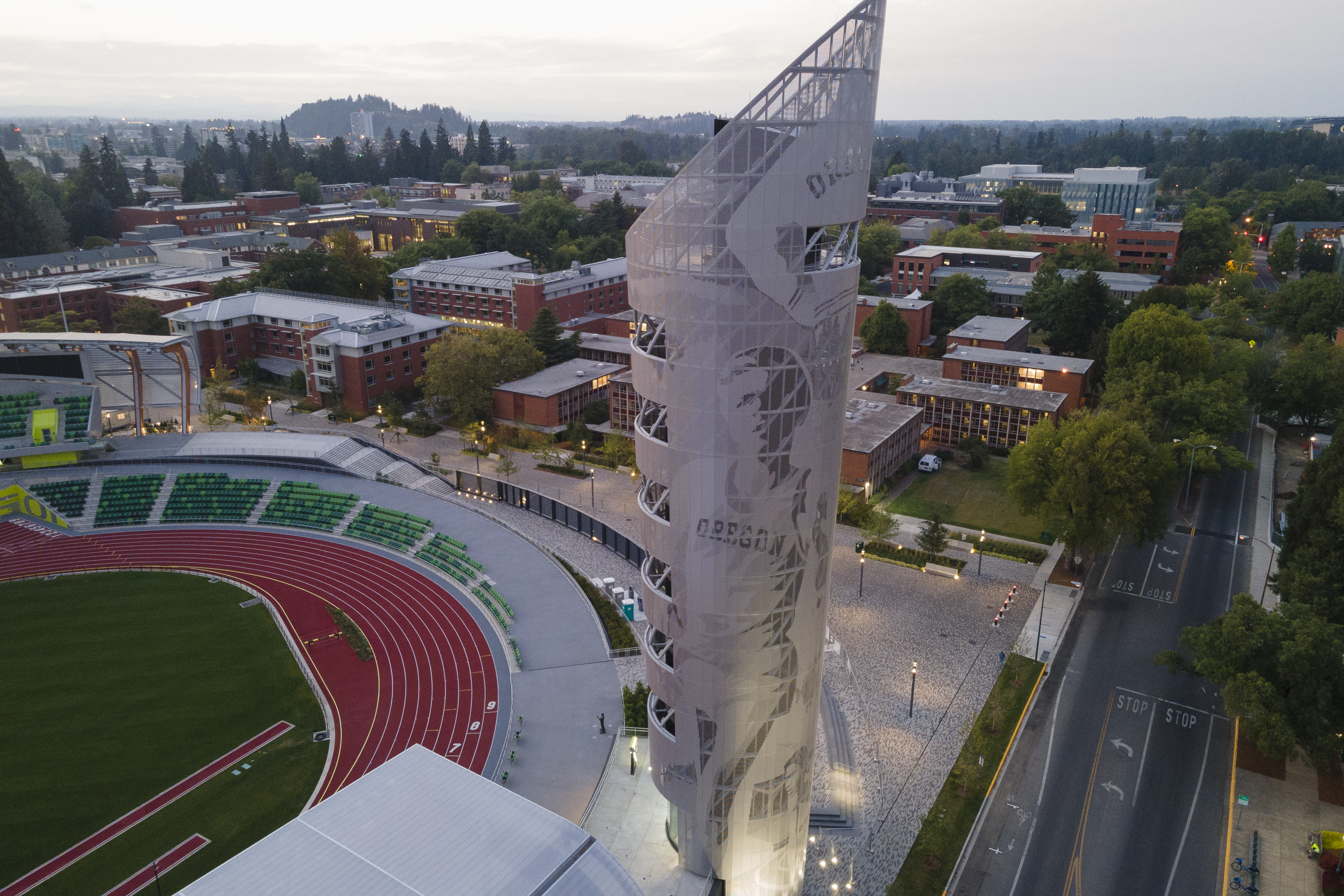 Zahner® engineered and fabricated 15,815 square feet of aluminum ImageWall panels in collaboration with SRG (Architects), Hoffman Construction (GC), AHM (Graphic designers) to clad the tower. Zahner’s ImageWall® team was contacted early in the design phase. Using our expertise, we assisted the design and construction team to predict and mitigate installation risks that resulted from the complex form of the tower. 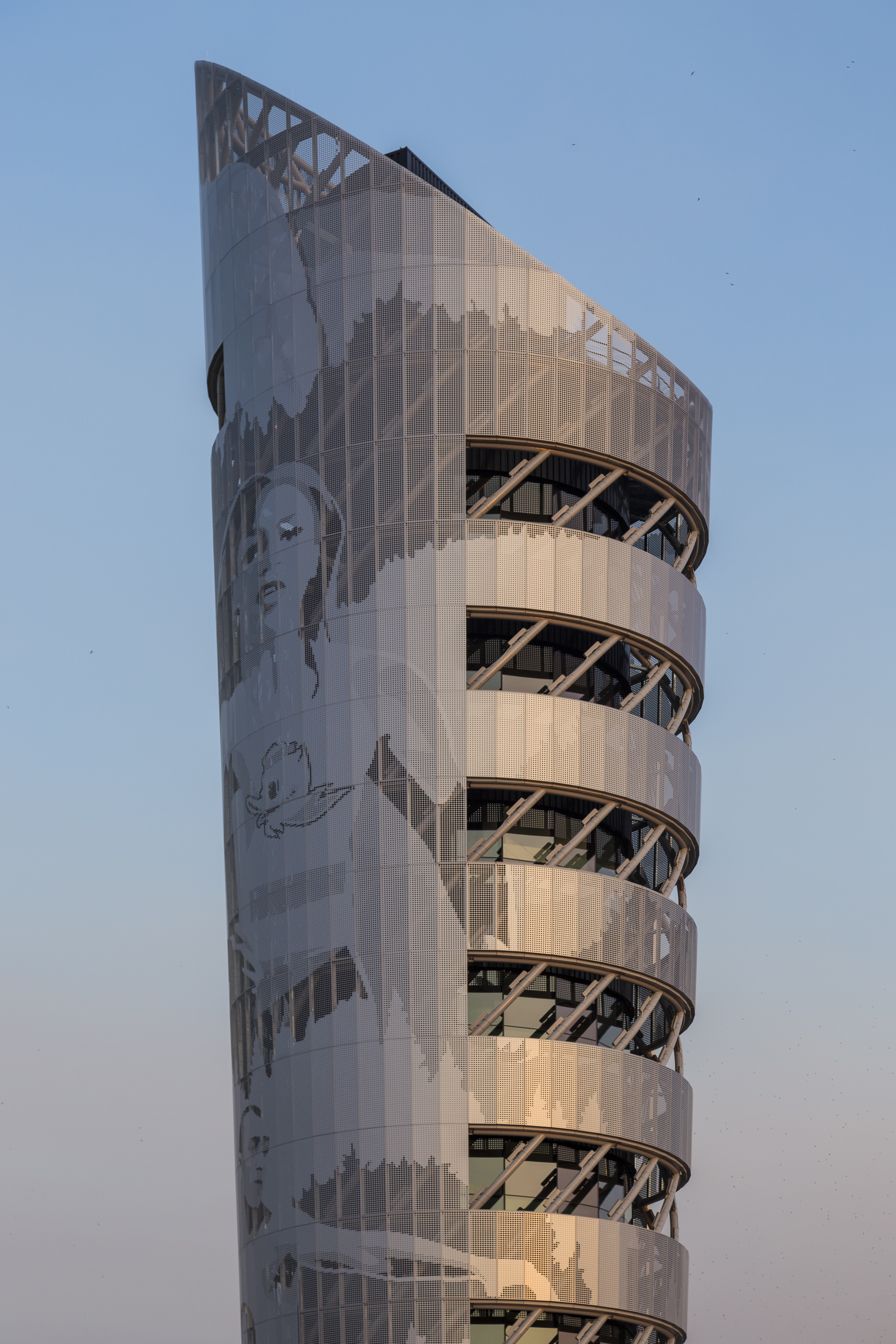 Raevyn Rogers competed for the University of Oregon from 2015-2017, winning 9 individual titles and setting 3 collegiate records. 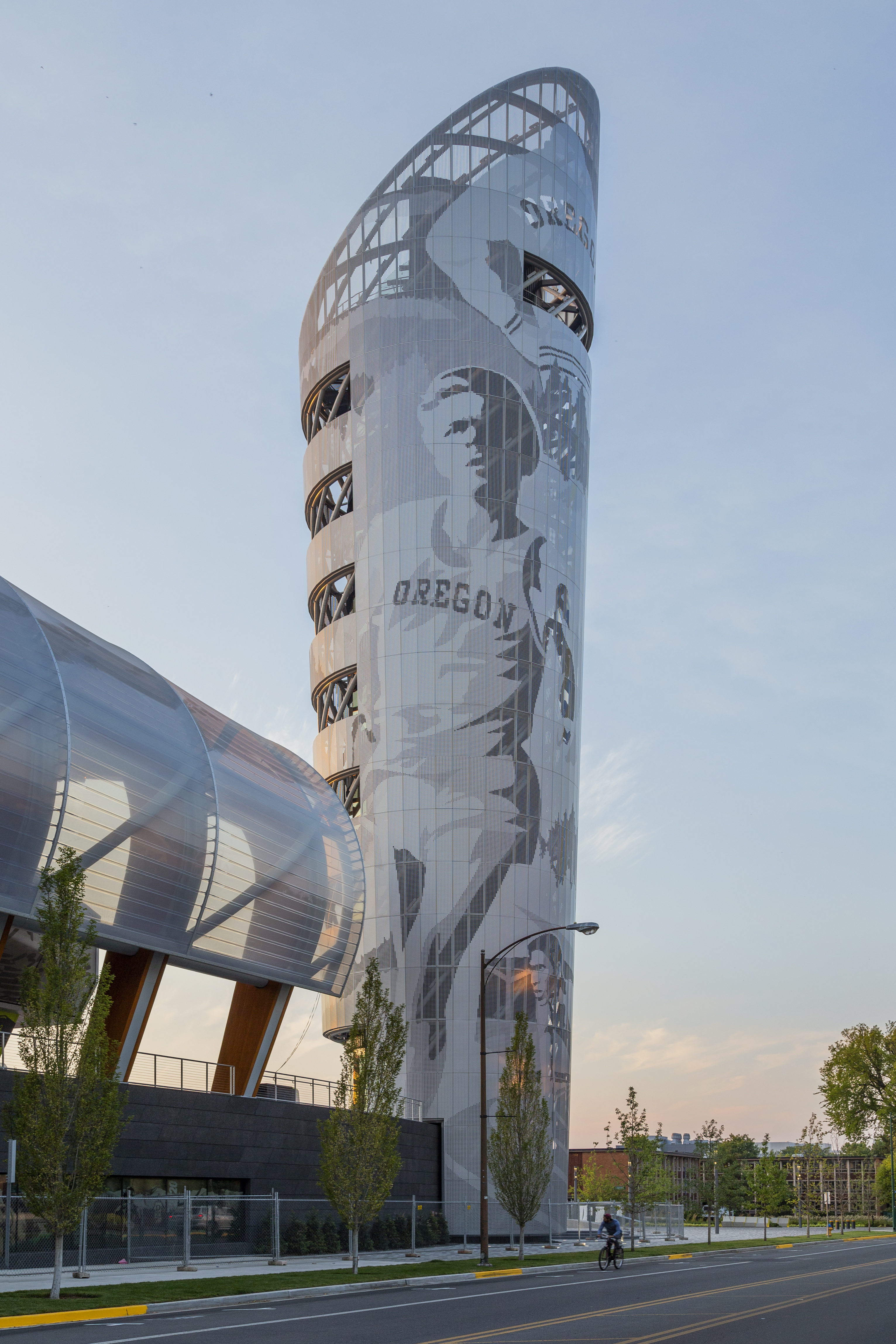 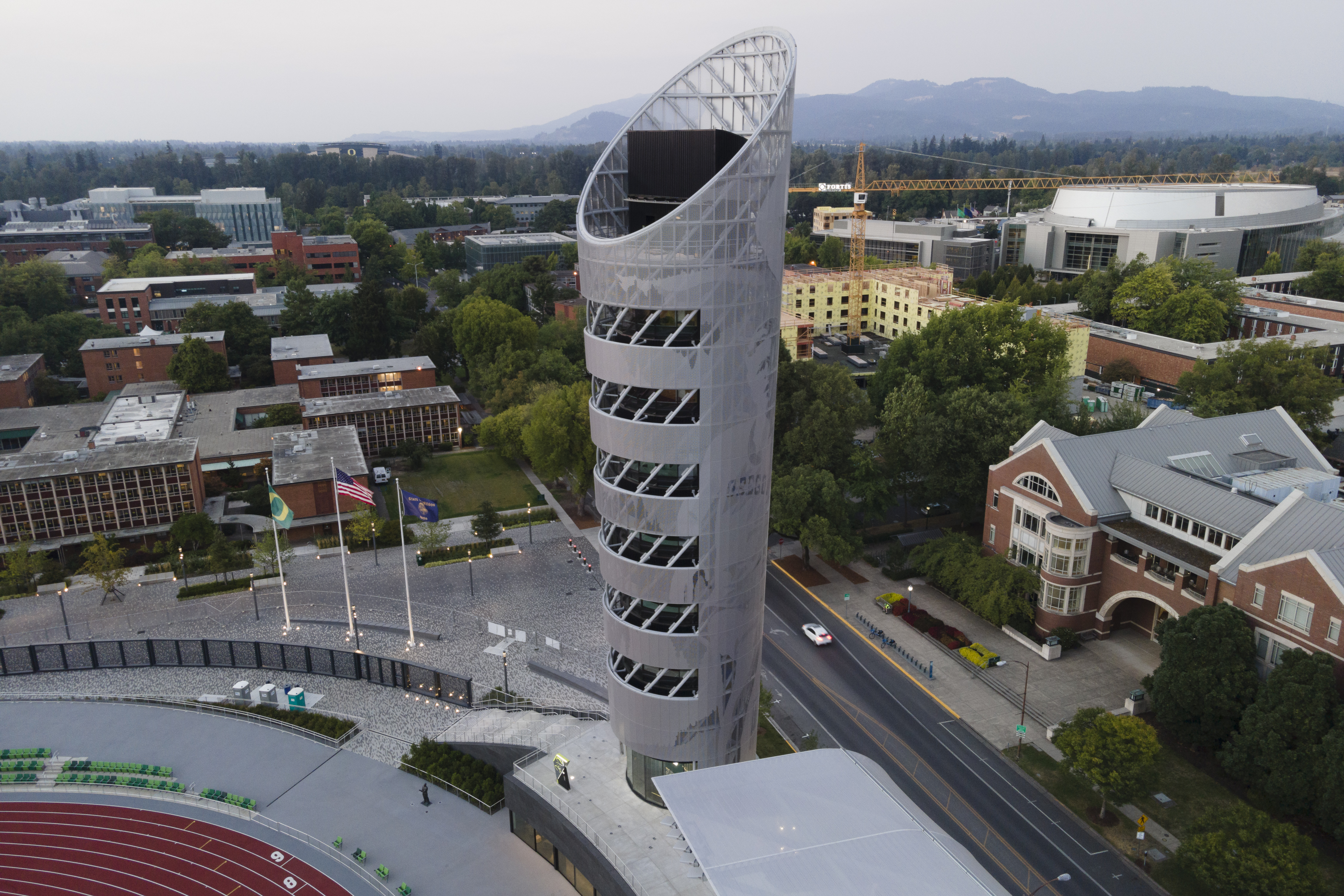 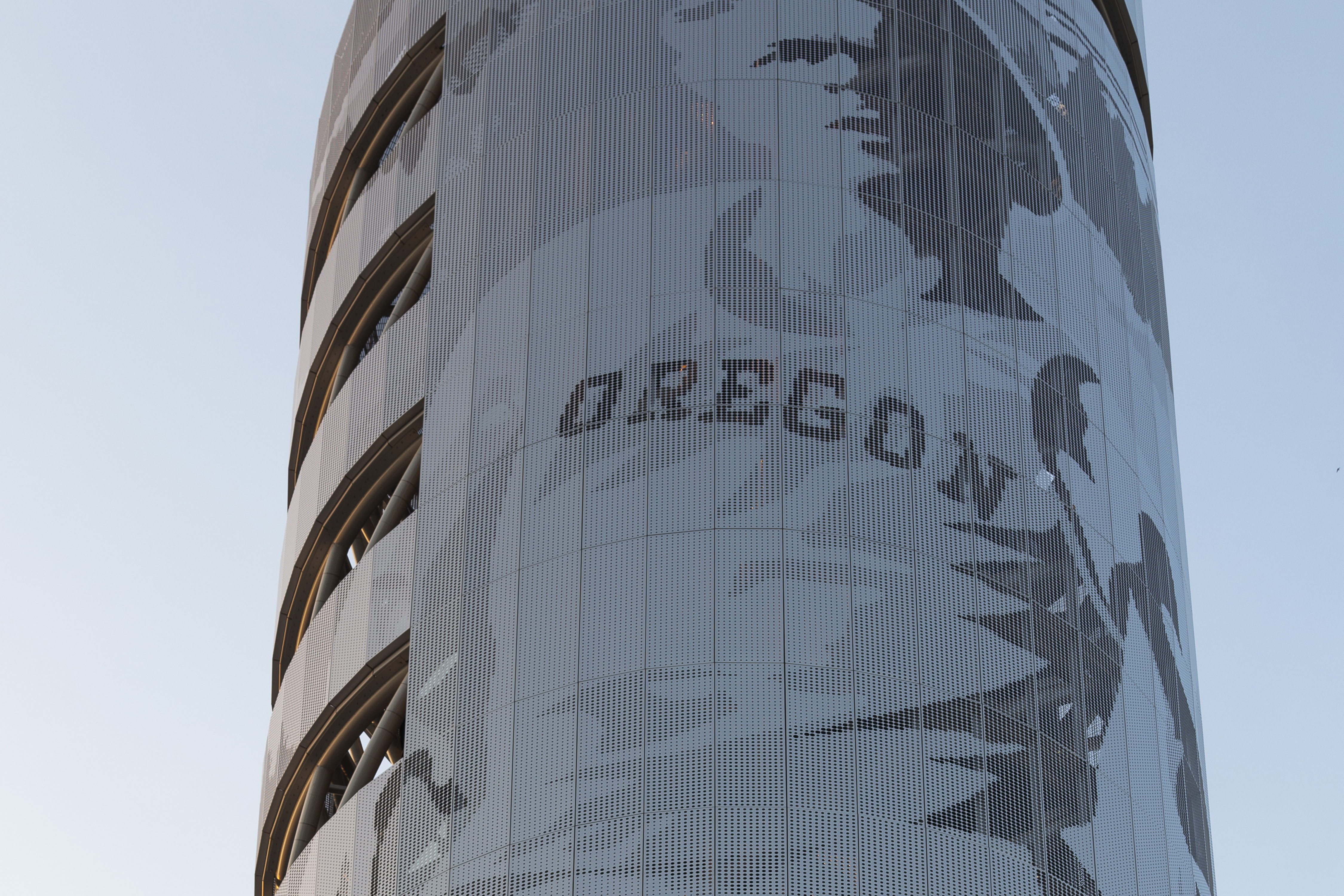 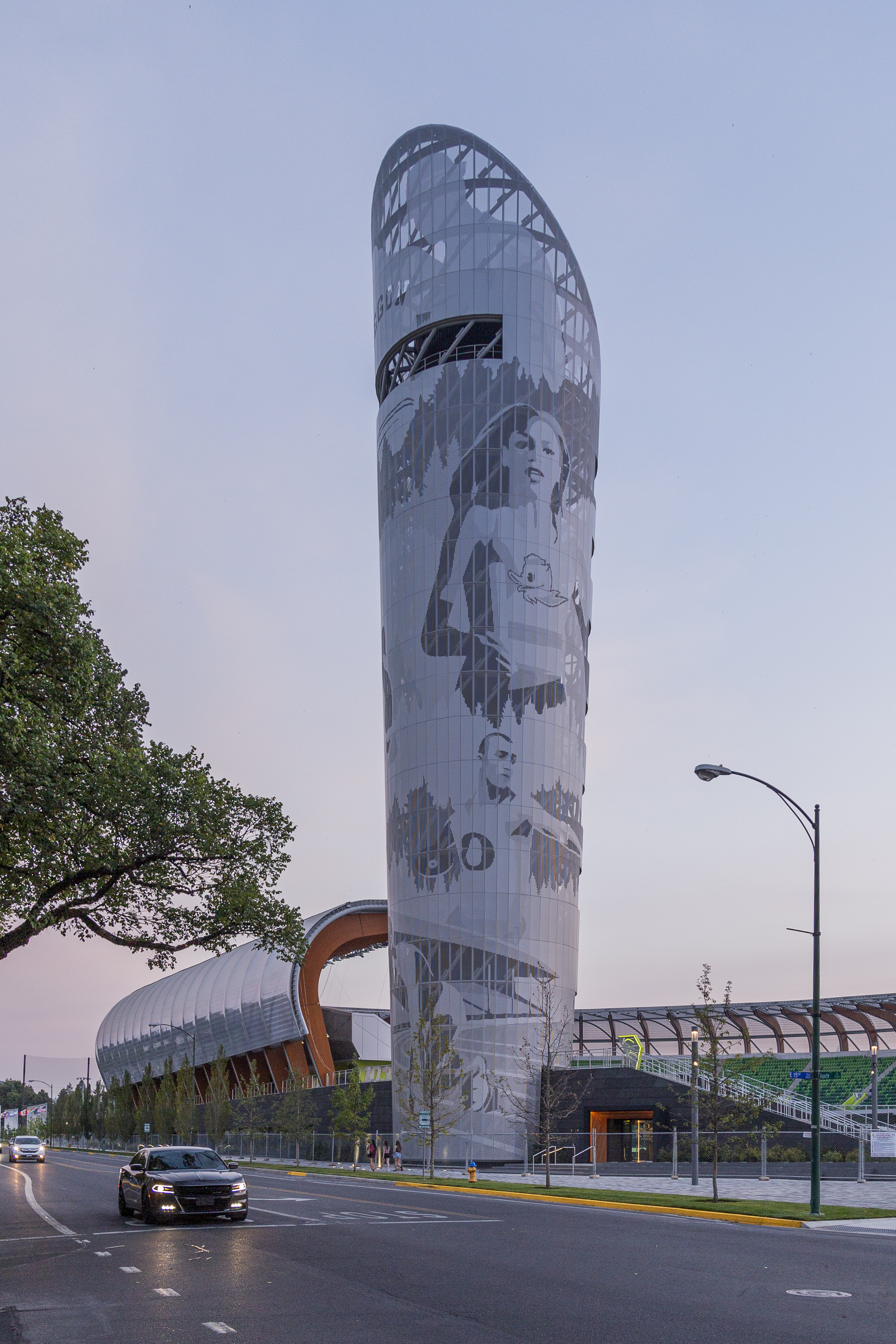 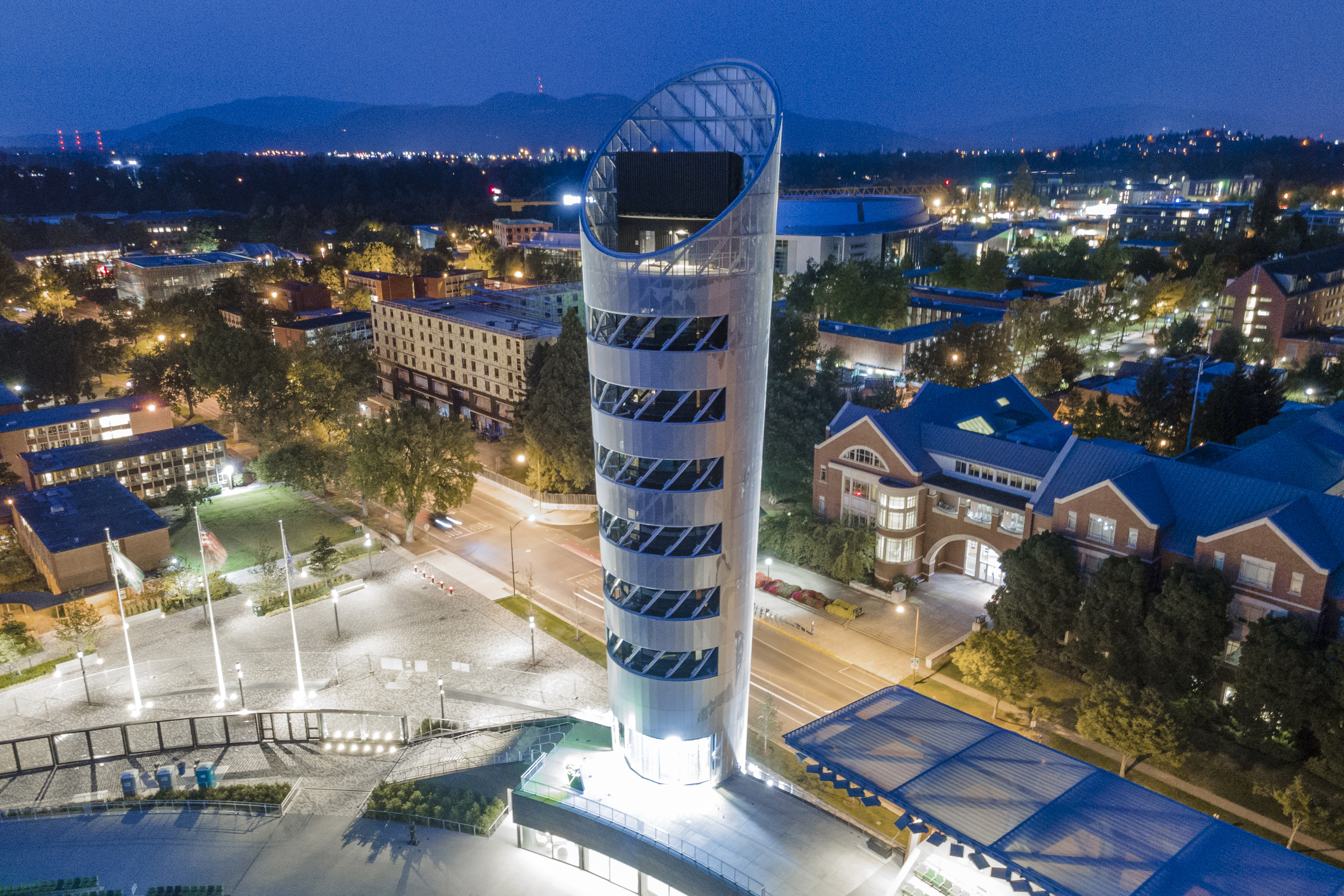 Zahner ImageWall perforated metal panels offer architects and designers the ability to create something unique and special for lobbies, parking garage facades, aging exteriors, or partitioned outdoor spaces. Depending on your design goals, ImageWall fits most any budget or timeline, and comes in a variety of materials and designs that can create warmth, contrast, color, and privacy. 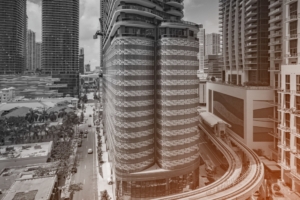 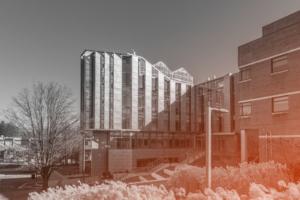