The Center for Contemporary Art opened in 2003 and is the first Museum in the United States designed by Zaha Hadid. Located in Cincinnati, Ohio, the project uses blackened aluminum, an uncommon patina which was produced with great difficulty, and sealed to decrease the need for maintenance. This custom dark aluminum surface was desired by Zaha Hadid to provide contrast against the light concrete above and below, giving the sturcture an almost anthropomorphic resemblance.

These plates of blackened aluminum use a siding system which repels moisture. These were engineered to interlock in such a manner to control thermal movement without compromising the moisture deterrence requirements. This was important due to the installation on concrete, which breathes. The aluminum plate panel system features custom extruded hardware fastened using matching aluminum studs for a visually seamless system. This hardware is attached to the horizontal aluminum hat channel.

Several years after the initial install, streaks were running down it’s surface, and the owners contacted Zahner to provide repair. Upon closer inspection of the material, Zahner discovered that it was moisture from the concrete which was draining across the surface. The aluminum was cleaned without any problem back to its original finish.

Zahner also completed interior metalwork including a blackened aluminum plaque on the museum’s interior, laser-etched with the names of all the donors. 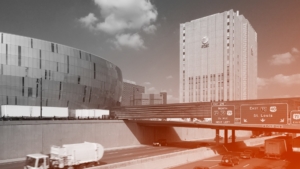 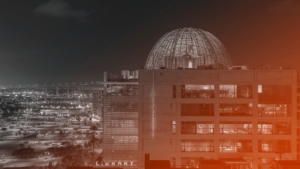