Part of a sweeping development of the Miami Design District envisioned by Craig Robins of Dacra, the City View Garage features three unique visions on its facade, each design-engineered and manufactured by Zahner.

Baldessari’s vision was created using ImageWall, a Zahner patented process, which translated the artist’s imagery into a perforated panel system. The patented process was first developed by Zahner engineers for the de Young Museum as a means of visualizing imagery within the facade of a building. The automated system creates machine files for manufacturing functional, decorative metal sheets with patterned openings.

The Miami City View Garage is a parking structure which brought together three unique facades all under one roof. Working with Brad Giresi and Vernon Jones of Tim Haas Architects + Engineers, the three facade teams are: Leong Leong (featured here), artist John Baldessari, and IwamotoScott Architects. The teams met with Zahner and developed architectural models and mockups before moving into production. Each facade had its own design challenges, which is where Zahner's engineering and fabrication team played a technical role.

Baldessari’s original image portrays three figures enjoying games around a swimming pool and is part of the ‘Post-Studio’ conceptual art movement. Baldessari selected the image from his extensive collection of found production stills. Like much of the artist’s work, Fun One features a second element—Fun Two, located around the corner of the building, depicts a similar image of a woman balancing on a beach ball. 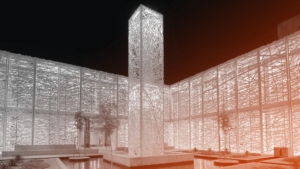 Art Wall at Doha next 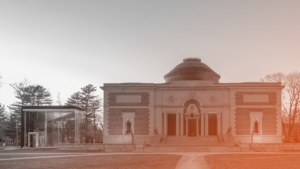