Emerson College LA is designed by Morphosis with a series of custom facade systems design-engineered, manufactured, and installed by Zahner. The new Emerson College campus in Los Angeles provides a landmark for film and performing arts students of the Boston-based college to study in an immersive environment. The innovative design by the esteemed architects at Morphosis provides an integrated and efficient experience for both visitors and students.

Working with Zahner’s Design Assist team of engineers, designers and fabricators, this generative design was developed for manufacturing. A team of Zahner installers completed the project in Los Angeles, providing the campus with a visually compelling, efficiently envisioned, and rapidly completed building envelope system.

The project was certified LEED Gold in 2014.

Zahner was brought onto the project based on previous work with the architects on projects such as Cooper Union New Academic Building in New York City, Eugene Federal Courthouse in Oregon, Gates Hall at Cornell and also an interior project which may have been the first Morphosis project to feature this kind of generative design, Clyde Frazier’s Wine & Dine in New York City.

The generative design of its scrim isn’t the only aspect of engineering and manufacture that Zahner worked on for the project. Zahner’s scope of work included both the engineered aluminum scrim wall as well as the dual-curvature forms contained within the building’s square structure.

At the building’s core is a complex form which contains many of the presentation rooms, classrooms and administrative spaces. To create the complex form with Morphosis, engineers used ZEPPS, the Zahner building process for creating sculptural forms. ZEPPS provides a secondary structural facade system which allowed the architects to efficiently put together an otherwise complex form.

ZEPPS works by breaking a complex form into smaller assemblies. These assemblies are typically sized based on the shipping container or truck trailer size. The curving form at the building’s center was made using this process. 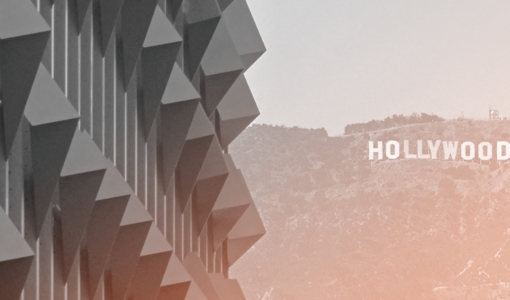 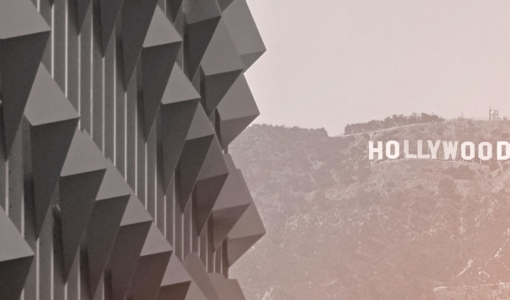 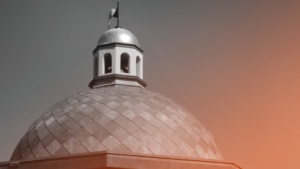 Dome on the Plaza next 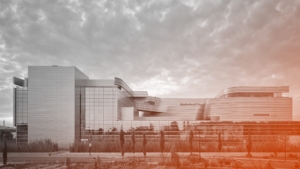