McMurtry Building for the Department of Art and Art History

A work of architecture which both matches the surrounding aesthetics and yet stands out as an icon of its own, the McMurtry Building is a unique architectural project in Stanford, California. The structure features Zahner craftsmanship in both its custom patinated zinc facade and the courtyard’s grand stairway.

The McMurtry Building was designed by Diller Scofidio + Renfro whose design team worked with executive designers Boora Architects to bring this 100,000-square-foot project to fruition. The building was named for donors Burt & Deedee McMurtry who contributed over a third of the building’s costs. The campus building brings studio art, design, art history, film, and media studies together under a zinc roof.

Zahner’s scope required a unique warm-toned brown patinated zinc, which would encompass the roof, facades, soffit, and other areas of the building. Zahner developed this preweathered patina on zinc in multiple variations as part of the Design Assist process.

During the development of details, three final ‘color’ options were presented in mockup form. The architect then narrowed the selection down to the finalized stable patina option. The chosen patina has a rich brown hue, interspersed with variegated grey and umber. The tone defines the McMurtry Building.

About the McMurtry Building’s Design

The building’s design includes stacking cantilevered forms, broken by a sloping diagonal on both the east and west sides. This balanced criss-crossing of elements divides the various disciplines within its space.

In a speech delivered at the McMurtry Building groundbreaking, principal-in-charge Charles Renfro expounded on the building’s unique design approach. He describes how the two interwoven ‘strands’ influence the building’s form. The strands divide as well as unite the building’s two wings. At one end, classrooms serve as a clean learning space, and at the other, artist studios provide a work area. The strands come together the building’s rooftop communal space, and again the spaces are united at the ground floor library for art and architecture.

The strand of the southern wing is clad in preweathered zinc. Zahner performed the design-engineering and manufacture of the zinc aspects of the McMurtry Building. Zahner also performed the installation of zinc panels and metalwork, working to ensure a high-quality product for the architect and client.

Creating a custom roof and facade with Design Assist

Before making the actual facade and roof panels, Zahner was selected to design-engineer the exterior cladding systems. Hiring Zahner through a separate Design Assist contract, the architects were able to solidify the design details before building the actual project.

As part of the Design Assist contract, Zahner also provided multiple mockups for the zinc rain screen. The final mockup was installed just North of the actual McMurtry Building on the University campus. This mockup focused on many of the most difficult and complex aspects of the facade, soffit, and roof. By creating a mockup, the entire project team was able to predict and better develop the final product.

The McMurtry project is among several projects featuring Zahner manufacturing at the University campus. Zahner also worked on the WRNS-designed Hoover Garage which is located just a few minutes from the the McMurtry Building. 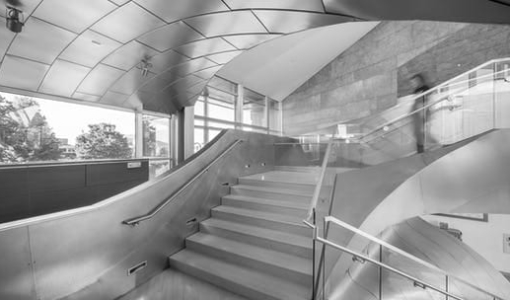 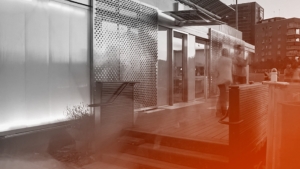 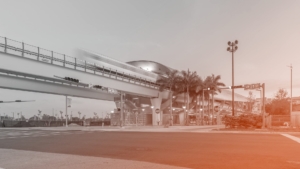